A man charged in connection with a shooting at a New Jersey high school football game will remain jailed until his trial on weapons charges.

PLEASANTVILLE, N.J. - A man charged in connection with a shooting at a high school football game that led to the death of a 10-year-old spectator will remain jailed until his trial on weapons charges.

A judge made the ruling Thursday during a detention hearing for Vance Golden, saying the Pleasantville man posed a risk to public safety. 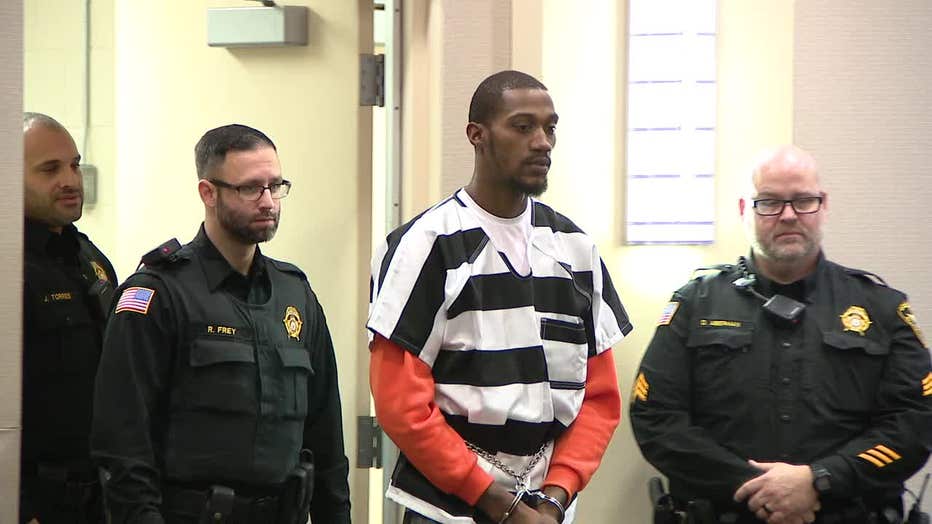 Two other defendants - Tyrell Dorn and Michael Mack - had their detention hearings postponed until Wednesday. Atlantic County prosecutors also withdrew their motion to hold a detention hearing for a fourth defendant, Shahid Dixon, because he’s now being detained for an unrelated case.

The four men face weapons charges stemming from the shooting.

Wednesday afternoon, news broke that Micah Tennant, 10, had succumbed to his injuries after he was struck by gunfire at the game between Pleasantville High School and Camden High School.

A 15-year-old boy was also treated for a graze wound as a result of the shooting.

In total, six men were charged in connection with the shooting, including the alleged gunman, 31-year-old Alvin Wyatt, and a 27-year-old Ibn Abdullah who police say was the intended target. Wyatt is also expected to appear in court later this week.

Abdullah was also struck by gunfire and charged after paramedics allegedly found a gun on him while caring for him.

Authorities say the shooting was a result of “petty vengeance.”

The game was closed to the public as players played for a crowd of family, close friends, and a number of Philadelphia Eagles players.