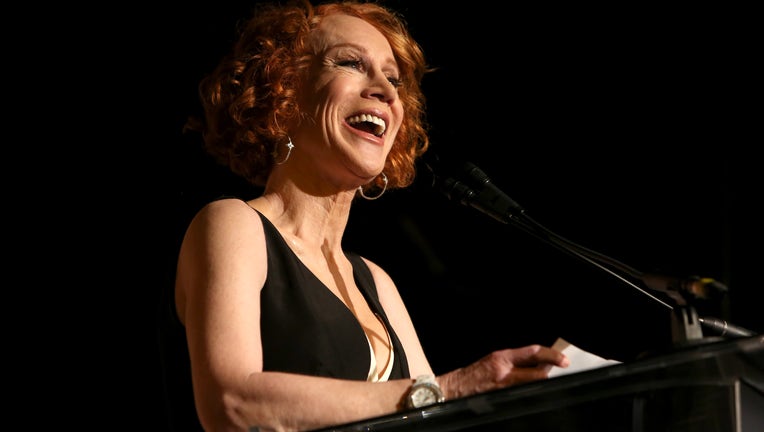 Kathy Griffin revealed she has stage one lung cancer.

The comedian revealed her diagnosis to the public via social media on Monday and said she's undergoing surgery to have half her left lung removed.

"I’ve got to tell you guys something. I have cancer. I’m about to go into surgery to have half of my left lung removed," the 60-year-old wrote on Twitter. "Yes, I have lung cancer even though I’ve never smoked!"

Griffen explained how the cancer is "contained" and her doctors are "very optimistic" about her recovery.

"The doctors are very optimistic as it is stage one and contained to my left lung. Hopefully no chemo or radiation after this and I should have normal function with my breathing. I should be up and running around as usual in a month or less. It’s been a helluva 4 years, trying to get back to work, making you guys laugh and entertaining you, but I’m gonna be just fine," she said.

The Emmy-winner also mentioned how important it is to "stay up to date on your medical check ups" and get vaccinated for COVID-19.

On Monday night, "Nightline" slated to air an interview with Griffin where she opens up about getting her diagnosis two weeks ago.

"I was definitely in shock," she admitted. "I’m still a little bit in shock — not denial — but I still like once a day I’ll just turn to like nobody next to me and go, ‘Can you believe this s–t? Is this a bitch or what?'"