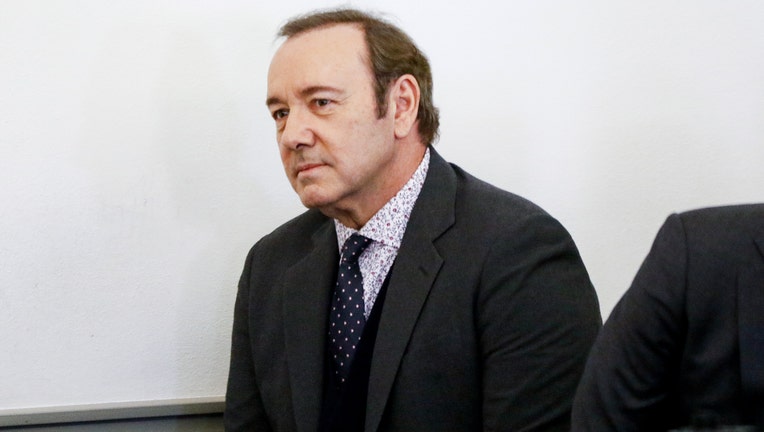 BOSTON - A young man who says Kevin Spacey groped him in a Nantucket bar in 2016 has dropped his lawsuit against the Oscar-winning actor, his lawyer said Friday.

Spacey still faces a criminal charge. He pleaded not guilty to indecent assault and battery in January.

His accuser's lawyer, Mitchell Garabedian, announced in an email that the suit filed June 26 in Nantucket Superior Court has been voluntarily dismissed. No reason was provided either by Garabedian or in the court filing. Garabedian said he would have no further comment.

A telephone message was left at his office.

According to the court filing, the suit was dismissed "with prejudice," which means it cannot be refiled.

It says "because no adverse party has served an answer or motion for summary judgment in this matter, plaintiff is dismissing the civil action."

Jackson has previously said the man is lying in the hopes of winning money in a civil case against Spacey.

Garabedian's client, the son of Boston TV anchor Heather Unruh, alleged Spacey got him drunk and sexually assaulted him at the Club Car restaurant where the then-18-year-old man worked as a busboy.

The criminal case has centered on the cellphone used by the accuser the night of the alleged groping, which the defense says it needs in order to recover text messages it says will support Spacey's innocence.

Nantucket District Court Judge Thomas Barrett has ordered the man to hand the phone over to the defense, but his attorney said they cannot find it. The judge has given them until Monday to produce the phone.