FOX 29's Hank Flynn was there for the big announcement.

NEW JERSEY - Two men known for their legendary tempers are about to take them into the ring during a celebrity boxing match.

A match was announced Thursday between Chris Morgan, who is the angry "Bagel Guy" of viral video fame, and Philadelphia Phillies legendary wild child Lenny Dykstra.

It didn't take long for tempers to boil during the announcement when Dykstra shoved Morton during the press conference. 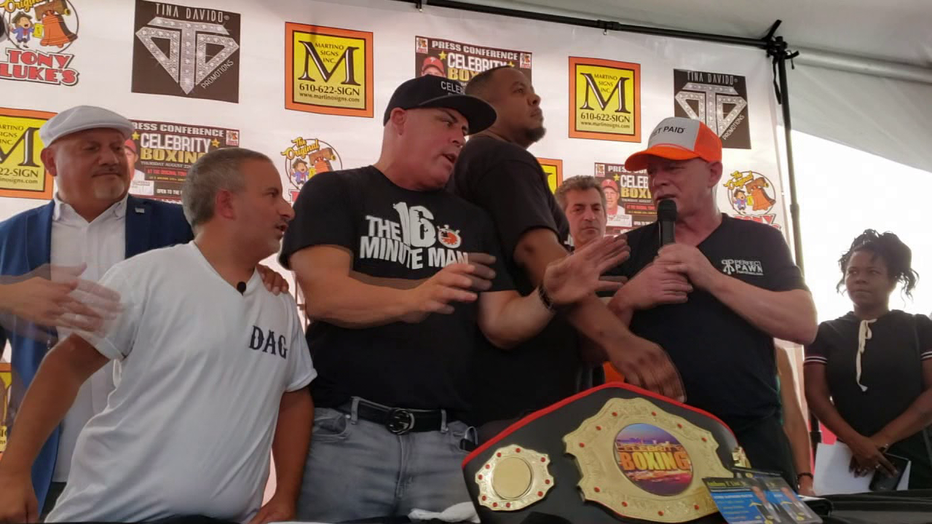 Promoter AC Mike Lopez says chaos or not this fight announcement was a winner.

FOX 29's Hank Flynn caught up with Dykstra afterward. He told Flynn he’d stretch it out until the third round to put on a good show since he is the one with the more athletic history.

The fight is scheduled for September 28 at the Showboat Hotel in Atlantic City and if it’s half as good as the presser it might be some fun.