Are EV batteries as green as they say? Yes and no

Eric Wachsman, professor at the University of Maryland and director of Maryland Energy Innovation Institute, weighs in on some of the reasons why some people are not totally behind electric vehicles.

The most red, white and blue vehicles are built in the Bluegrass State.

The Lincoln Corsair finished at the top of the Kogod Made in America Auto Index for 2022.

The annual report from American University ranks vehicles on the location of their manufacturing facilities and company headquarters, local economic impact and domestic parts content, which includes components sourced from the U.S. and Canada due to how they are federally classified.

The Louisville, Kentucky-built compact SUV and its plug-in hybrid variant tied for first place thanks in part to a redesign that significantly improved on its 44th place finish last year.

They were followed by the Fremont, California-made Tesla Model 3 Long Range and Chevrolet Corvette Stingray, which is also built in Kentucky at a factory in Bowling Green that is dedicated to the model. 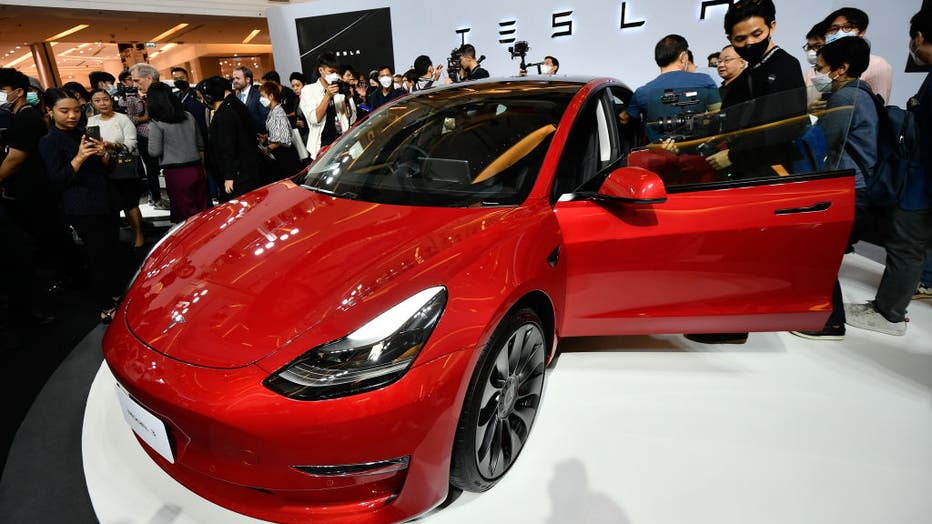 Tesla Model 3 electric car is displayed during the Tesla launch in Bangkok on December 7, 2022. (Photo by Vachira Vachira/NurPhoto via Getty Images)

The Chevrolet Colorado pickup ranked fourth, while the Jeep Cherokee Latitude and Trailhawk models tied for fifth with the Tesla Model 3 Performance and Tesla Model Y, the latter of which is produced both in Fremont and Telsa's Austin, Texas, factory.

The Kogod list uses a different methodology from the Cars.com American-Made Index, which scored the Model Y and Model 3 ahead of the Corsair.

Last year's winner, the Ford Mustang, dropped to 22nd place due to the sourcing of its manual transmission shifting to Mexico, according to the report.