Madrid’s city council on Monday announced plans to rid the Spanish capital of thousands of invasive parakeets through “ethical culling” and sterilization of eggs.

Monk parakeets, native to Argentina, commonly were imported from South America as pets before Spain outlawed the bright-green birds in 2011.

Now considered an invasive species, a recent study by the Spanish Society of Ornithology (SEO Birdlife) showed the population has exploded over the last three years from 9,000 to nearly 12,000, the council said. In 2005, there were only 1,700 of the birds in Madrid.

It wasn’t made clear what specific means officials would use to target the parakeets. 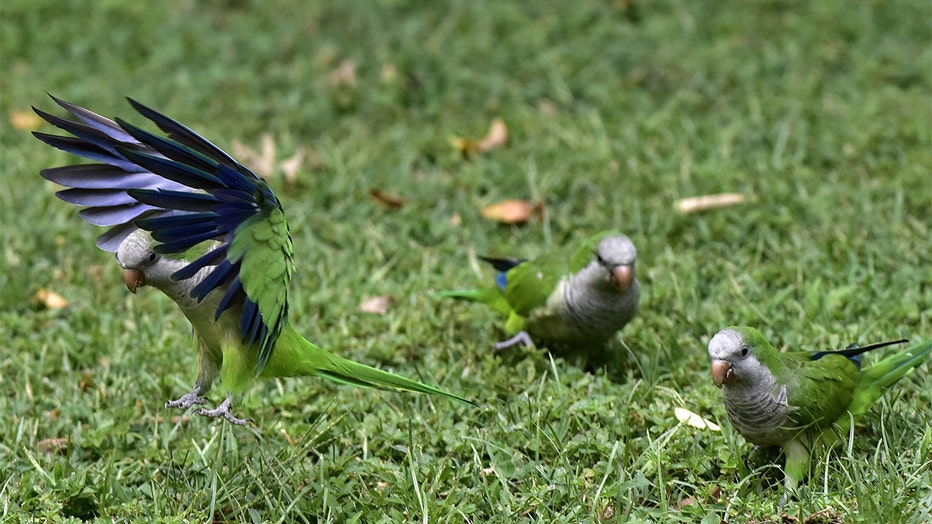 A monk parakeet (Myiopsitta monachus) also known as the quaker parrot flies past two others looking for food in the grass at the Atena park of Madrid.

While the birds have made loud, unpleasant screeching noises throughout the city, Santiago Soria Carreras, the head of the Biodiversity Service at Madrid City Hall, told El Pais they posed real safety risks to the public and environment.

Monk parakeets have competed with the city’s native species for food and destroyed vegetation to make their stick nests.

The nests, which can weigh up to 440 pounds, could be deadly if they fall out of a tree and land on people, Soria Carreras said.

The birds also could transmit diseases to humans, such as psittacosis (parrot fever), avian flu and salmonella, The Guardian reported.