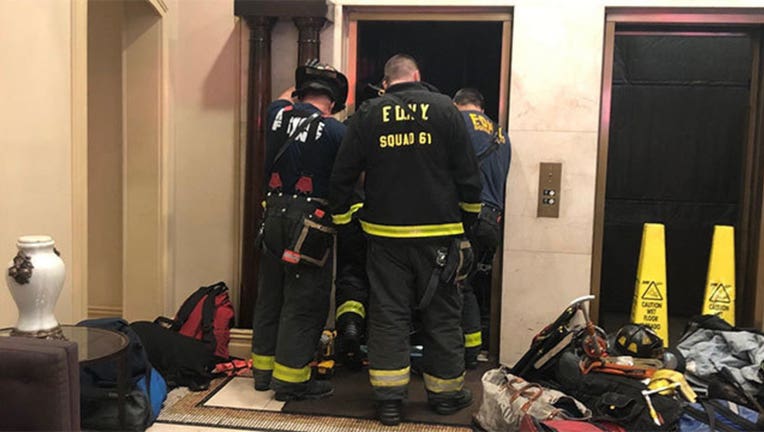 NEW YORK - A man was crushed to death in an elevator accident in Manhattan on Thursday morning.

Police say that it happened in a Third Ave. building in Kips Bay around 8:30 a.m.

The elevator apparently dropped suddenly as the man was getting off of it in the lobby of a building.  It pinned the man between a shaft wall and the elevator car in between the first floor and the basement.

Other passengers were rescued from the elevator.

The NYPD was on the scene investigating.  The victim's name was not released.