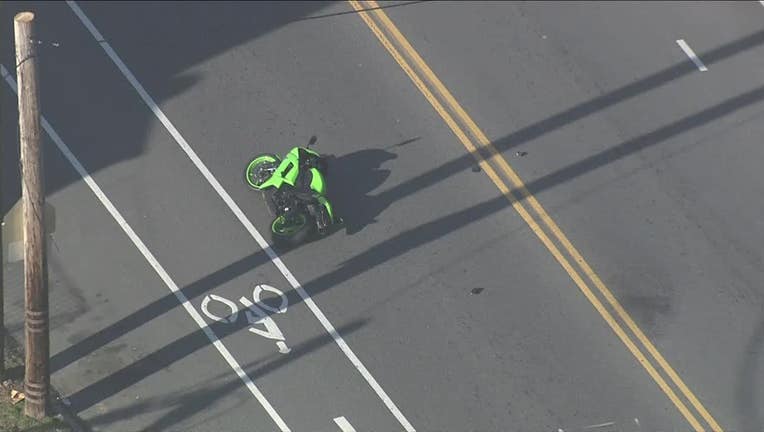 WEST PHILADELPHIA - A man is in extremely critical condition after police say he was involved in a collision on his motorcycle Wednesday afternoon in West Philadelphia.

Police say the motorcyclist was traveling southbound on 54th Street just after 2:30 p.m. when he collided with a car at the Diamond Street intersection.

The 54-year-old motorcyclist was taken to Lankenau Medical Center by responding paramedics and was listed in extremely critical condition.

The driver of the other vehicle remained on scene.

The cause of the crash is under investigation.