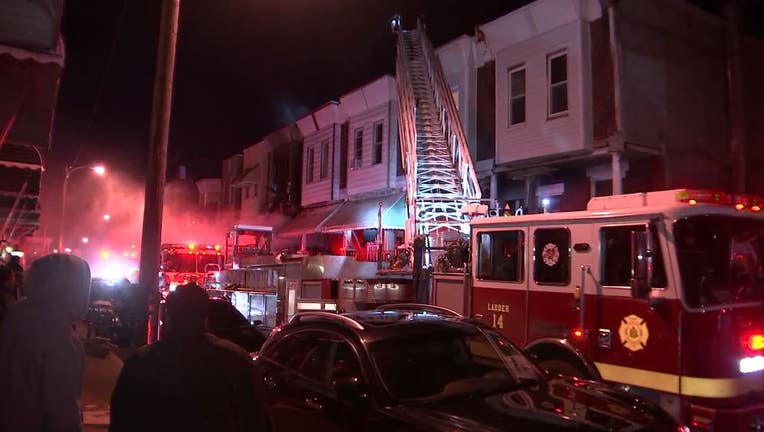 NORTH PHILADELPHIA - A man suffered a broken back after jumping from his second story to escape a North Philadelphia house fire on Monday morning.

The fire broke out shortly before 5 a.m. on the 3000 block of North Bailey Street, spreading to neighboring homes.

Thirteen residents were evacuated as a result of the fire.