New surveillance footage released by police on Wednesday shows the brazen attack on the 600 block of Berdan Street.

EAST MOUNT AIRY - Philadelphia police are searching for multiple suspects who they say opened fire on a man and woman sitting inside a car Monday night in East Mount Airy.

New surveillance footage released by police on Wednesday shows the brazen attack on the 600 block of Berdan Street.

Authorities say around 6 p.m. a burgundy Dodge Caravan and a blue-gray Volkswagen Tiguan pulled up next to the victim's parked car and fired several rounds. The suspects fled south on Berndan Street and then west on Weaver Street. 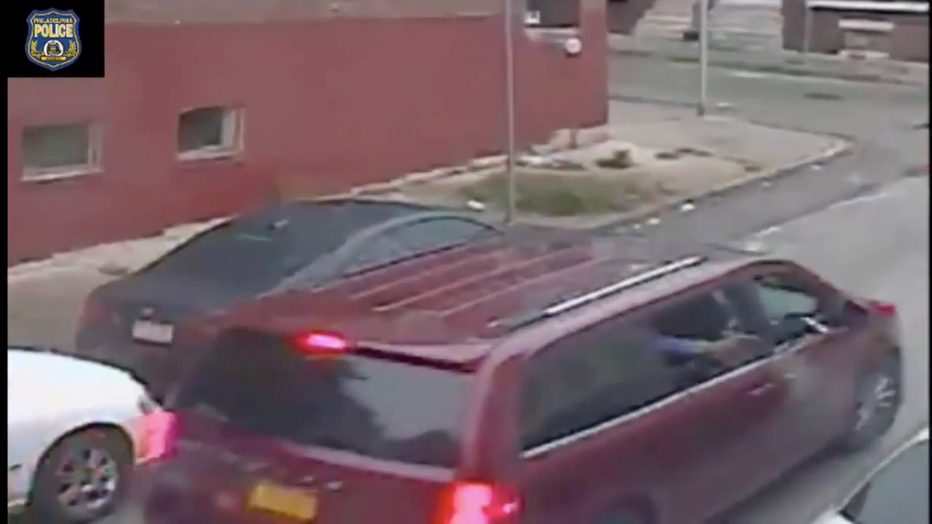 Authorities say the Dodge Caravan used in the shooting has a New York license plate. The Volkswagen Tiguan has a back left break light out.

Anyone with information on this shooting is urged to contact police immediately at 215-686-8477.