The former first lady's new podcast will hold candid conversations with a focus on relationships and health.

The show, which will be available March 16, will be "all about good food: discovering it, cooking it, and of course, eating it," the former first lady posted on social media. The 20-minute episodes will combine live action and puppets, and Obama will be a series regular.

The show centers on two puppet best friends who dream of becoming chefs. They travel across the world looking for ingredients and make dishes "alongside renowned chefs, home cooks, kids and celebrities," according to a press release from the show.

"I'm excited for families and children everywhere to join us on our adventures as we discover, cook, and eat delicious food from all over the world," Obama wrote on Twitter. "I’m also excited to work with Partnership for a Healthier America to help kids build healthy habits and help families in need cook with fresh ingredients together at home."

The show is produced by Higher Ground Productions, the production company owned by Obama and her husband, former president Barack Obama. In 2018, the Obamas signed a multi-year agreement with Netflix.

The former first lady said children will love the new series, but "adults will also get plenty of laughs — and some tips for the kitchen."

During her eight years as first lady, Obama championed healthy eating — planting the first vegetable garden at the White House in more than 60 years and launching her anti-childhood-obesity initiative, "Let’s Move."

Obama appealed to elected officials, food makers, sellers, restaurant chains and others to try to make healthy food more accessible. She lobbied lawmakers to add more fruit, vegetables and whole grains, and limit fat, sugar and sodium in the federal school lunch program, leading to the first update to the program in decades. 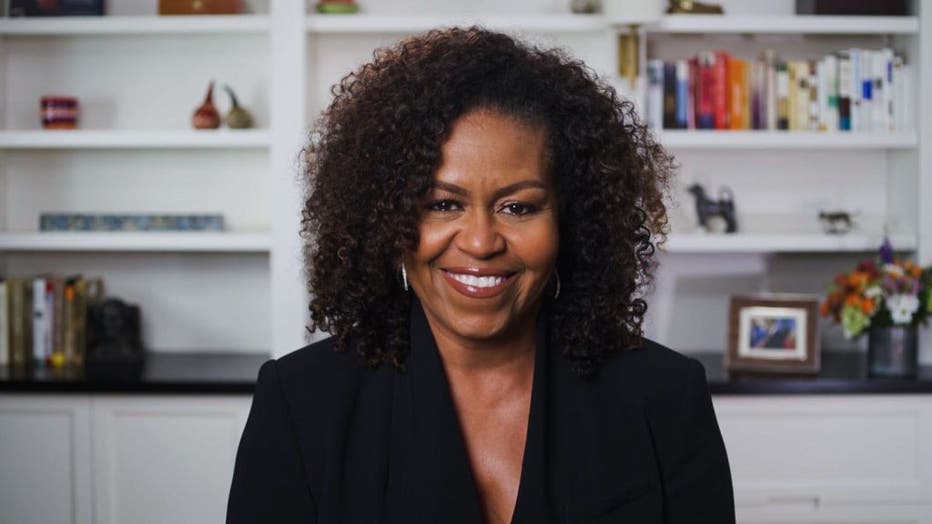 Michelle Obama is seen during the 20th annual BET Awards, which aired June 28, 2020 and was held virtually due to restrictions to slow the spread of COVID-19. (Photo by BET Awards 2020/Getty Images via Getty Images)

She is the honorary chair of Partnership for a Healthier America, which aims to "transform the food landscape in pursuit of health equity."

"In many ways, this show is an extension of my work to support children’s health as first lady — and to be quite honest, I wish a program like this had been around when my girls were young," she wrote on Instagram.