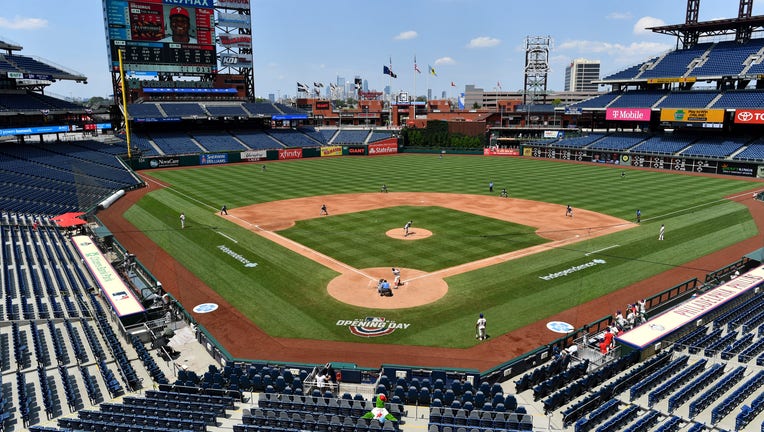 PHILADELPHIA - Following reports of the potential postponement of the Philadelphia Phillies game on Monday against the New York Yankees, Major League Baseball says the team will resume its season as planned.

In a press release, the league said the Phillies and Yankees will play a four game home-and-home series beginning on August 3. The Phillies will travel to New York for the first two games, then return to Philadelphia for the latter half of the series.

The league also offered clarification on the positive test results that have stymied the Phillies season since last Sunday. MLB says two of the team's three positive tests were found to be false positives. It's unknown whether the third positive test was contracted from the team's series against the Miami Marlins, according to the league.

On Sunday morning the Phillies announced no new positive coronavirus tests for the third straight day. The team said players will be allowed to return to Citizen's Bank Park in waves for workouts.

The Phillies have not played since last weekend when they wrapped up an inter-division series with the visiting Marlins. Since then, the Marlins have had over a dozen team members test positive for the coronavirus, causing MLB to press pause on their season.

The Phillies season was interrupted when an unnamed coach and two clubhouse attendants were believed to have tested positive for the novel virus. All Phillies players have tested negative since the start of the season.

In response to the outbreak, the Phillies cleaned and sanitized the visiting clubhouse at Citizens Bank Park and canceled the originally scheduled home series against the Yankees.

The team was supposed to resume their season on Saturday with a doubleheader in Philadelphia against the Toronto Blue Jays. The league, however, postponed the games after the Phillies reported positive tests.

Elsewhere in the league, the Cardinals and Brewers were forced to delay their matchup on Friday and Saturday following positive test results. To help expedite an already abbreviated 60 game season, the league on Friday approved 7 inning games for doubleheaders.