Officials: Murder-suicide plan behind mother and daughters slaying of 5 relatives in Bucks Co.

A mother and daughter charged in the slayings of five family members, including three children, in Bucks County tell police that the killings were intended to be a mass murder-suicide.

DOYLESTOWN, Pa. - A mother and her adult daughter pleaded not guilty Tuesday to killing five of their close relatives, including three children, at a Bucks County apartment.

Forty-six-year-old Shana Decree and her 20-year-old daughter Dominique Decree sat side by side in court in suburban Bucks County and affirmed their pleas to charges of first-degree murder and conspiracy.

The pair barely spoke, except to respond to the judge’s questions about the charges and their pleas. At one point, sounds of crying emanated from the defendants’ table, and Dominique wiped her eyes. Shana closed hers briefly as the judge read the names of the victims.

Authorities found the bodies of three children and two adults in what they said was a trashed apartment in early 2019 and soon after arrested Shana and Dominique Decree, charging them in the deaths. Authorities have said four of the victims were suffocated, while one was strangled.

Prosecutors confirmed Tuesday that they filed first-degree murder and conspiracy charges against the pair and have until March 20 to decide on seeking the death penalty. A trial is set for June 8.

What remains unclear is a motive.

Officials: Murder-suicide plan behind mother and daughter's slaying of 5 relatives in Bucks Co.

Prosecutors release cause of death for 5 allegedly killed by mother, daughter in Bucks County 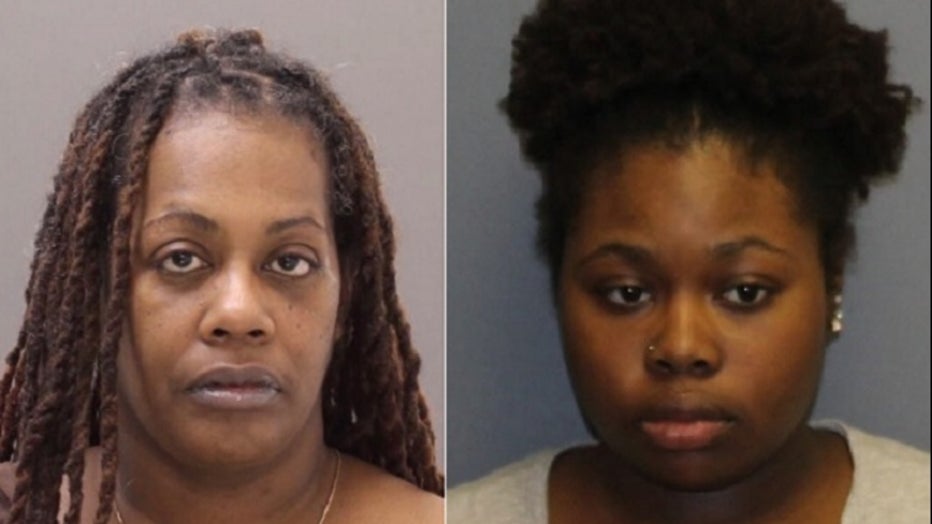 Left to right: Shana Decree, 46, and her daughter Dominique Decree, 20, each face five counts of homicide and one of conspiracy.

Deputy District Attorney Christopher Rees said after Tuesday’s hearing that he thinks it could become clearer during the proceedings.

He is focused, he said, on being able to tell the victims’ loved ones that “justice has been served.”

Messages seeking comment on behalf of the defendants were left with their attorneys.

All five of them were found in a bedroom in the apartment in a three-story red brick complex in Morrisville, across the Delaware River from Trenton, New Jersey.

Smith, Damon Decree Jr. and the twins had been suffocated, the Bucks County coroner’s office said in March. Campbell had been strangled, according to the coroner.

Authorities discovered the scene after a child welfare officer arrived for an unannounced visit and was let into the building by someone who works there, according to court papers.

Police say they found Shana and Dominique Decree “disoriented” inside the apartment, where furniture had been turned over, drywall was cracked and glass lay around. Police initially said they found four bodies, but they discovered a fifth underneath another that was next to a bed.