The dad bod has been described as not overweight, but not six-pack abs either.

LOS ANGELES - A new survey found more Americans than ever think the “dad bod” is attractive, even sexy, and that it just might be the new six-pack.

The survey, conducted by Planet Fitness, found there's an ever-increasing appreciation for and acceptance of this kind of shape in 2019, sometimes described as a cross between muscular and overweight.

The survey said the consensus was that the dad bod “exudes more sexiness and confidence now than ever before.”

Nearly four in five among both women and men believe a dad bod is a sign of a man who is confident in his own skin. 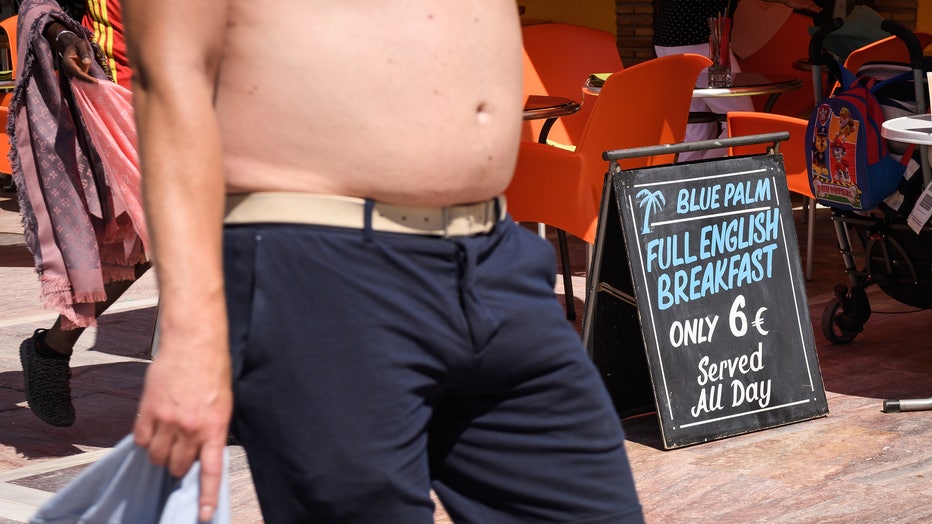 A shirtless man walks past a restaurant in this 2017 file photo. (Photo by Leon Neal/Getty Images)

Since the term first came on the scene in 2015, mostly in part due to a viral piece written by a college student for The Odyssey, we've all come to know and appreciate a dad bod or two.

The dad bod physique is a body that says, “I go to the gym occasionally, but I also drink heavily on the weekends and enjoy eating eight slices of pizza at a time,” as The Odyssey writer Mackenzie Pearson originally put it.

More than 23 million men now identify as having one, and and more men believe there's universal acceptance of the dad bod than last year (71 percent vs. 63 percent), according to the survey.

Almost half of the men in the survey claimed their dad bod has helped them accept themselves (48 percent) or made them less concerned about their appearance (47 percent).

So gentlemen — raise a glass, grab another slice of pizza and toast to that relatively fit, but neither lean nor muscular look.