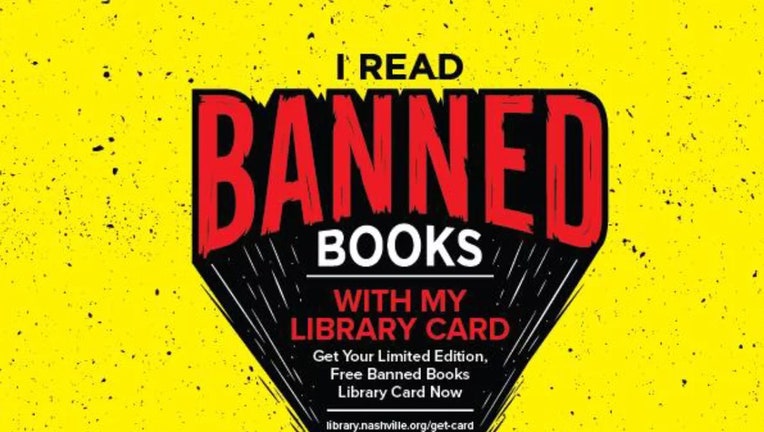 NASHVILLE, Tenn. - Nashville Public Library is responding to library scrutiny in Tennessee with a goal to distribute 5,000 "I read banned books" library cards this month.

"I want Nashvillians to know: Nashville Public Library will always respect your Freedom to Read — to independently determine what you read, and don’t read, and to exercise your role in determining what your children read," library Director Kent Oliver said in a news release.

Tennessee Gov. Bill Lee said this week he plans to sign a bill that would let a politically appointed panel remove books from public school libraries statewide through a new veto power over local school board decisions.

The library's online catalog offers the American Library Association's top 25 books that have been banned or challenged for potential banning across the country recently, with electronic versions available for people who can't reach the physical library. The list includes the seven books in the Harry Potter series and "To Kill a Mockingbird." The Nashville library card is free. The campaign ends May 26.

Book banning put Tennessee in the national spotlight recently after a rural school board in McMinn County voted unanimously to remove "Maus," a Pulitzer Prize-winning graphic novel about the Holocaust, from the district’s curriculum. Meanwhile, in Williamson County, an affluent region just south of Nashville, school board members agreed to remove "Walk Two Moons" — a book that depicts an American Indian girl’s search for her mother — after parents complained about it. 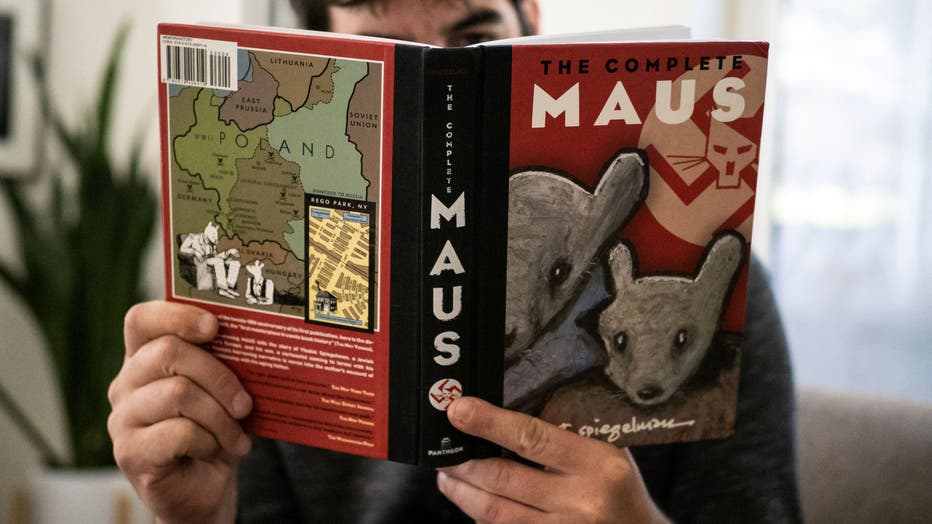 Nashville's not the only city stepping up in opposition as the battle over books expands.

In April, the Brooklyn library in New York announced its new program called Books UnBanned, which allows those between the ages of 13 to 21 to apply for a free eCard to access its thousands of e-books — no matter where they live.

The library eCard is good for one year and provides access to 350,000 e-books, 200,000 audiobooks, and over 100 databases, the Brooklyn library said. Normally, there is a $50 cost associated with out-of-state cards, but the fee is being temporarily waived.

Over the past year, book challenges and bans have reached levels not seen in decades, officials at the American Library Association, the National Coalition Against Censorship (NCAC), and other advocates for free expression have told the Associated Press.

Censorship efforts have ranged from local communities, such as Maia Kobabe’s graphic novel "Gender Queer: A Memoir" in Orange County, Florida, to the Tennessee school board’s pulling of "Maus," to some statewide initiatives.