Navy lieutenant returns from overseas to surprise sons at school

DUBLIN, Calif. - Darren Nelson on Thursday visited his kids in the middle of the school day at Murray Elementary School in Dublin.

But Nelson is a U.S. Navy lieutenant who has been deployed overseas, specifically in Africa as part of an anti-terrorism mission, for 11 months, missing birthdays, holidays, anniversaries, and school plays.

So, while his children were lining up for lunch in the cafeteria, Nelson, dressed in camouflage, was hiding in the principal's office, waiting to surprise them.

He spent a few moments trying to figure out what he would say and how he would act when he saw Brendon, a second grader; Ethan, a kindergartener; and Caleb, who is in preschool.

“Hey boys,” he practiced saying. “They’re going to run to me. It’s going to be pure joy.”

His sons were called to the school stage. Nelson was crouched behind the stage curtain. All of a sudden, he appeared out of nowhere. His boys turned to hug him.

The hug was legendary.

“You guys excited?” he asked, crouched down, hugging all three boys at once, ruffling their hair. “You got Daddy back.”

His wife, Daylene, was there, too, watching it all. She said she is so glad her husband has been back. During his absence, one boy got a Lego stuck up his nose and the pet hamster died. Not to mention, she got pneumonia.

The older boys were almost speechless when they saw their dad.

It was their youngest who spoke for them all.

“How did you get behind there?” Caleb asked pragmatically.

And then, the 5-year-old was done with all the fanfare and hoopla: “I wanna go home now.” 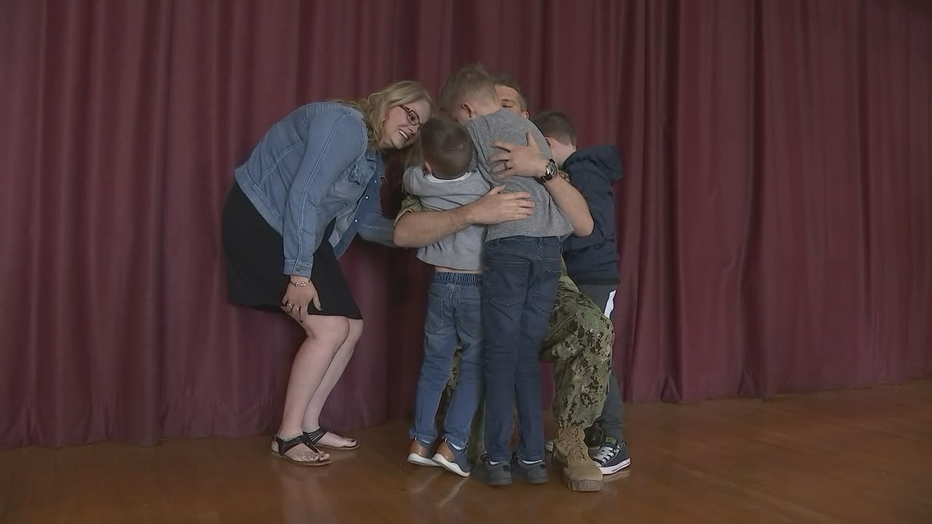 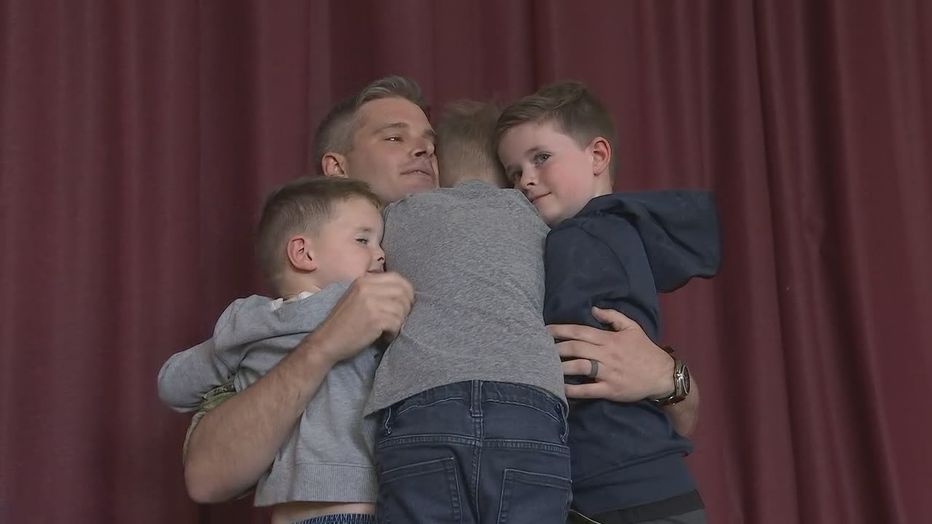 Navy Lt. Darren Nelson surprised his sons in the middle of the school day at Murray Elementary School in Dublin. Feb. 20, 2020 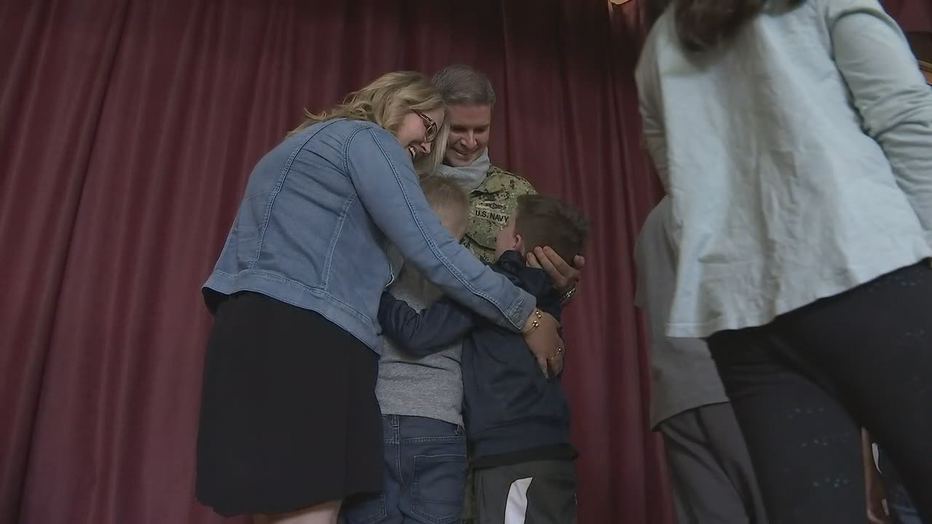 Navy Lt. Darren Nelson surprised his sons in the middle of the school day at Murray Elementary School in Dublin. His wife, Daylene, said "it's been a long year." Feb. 20, 2020 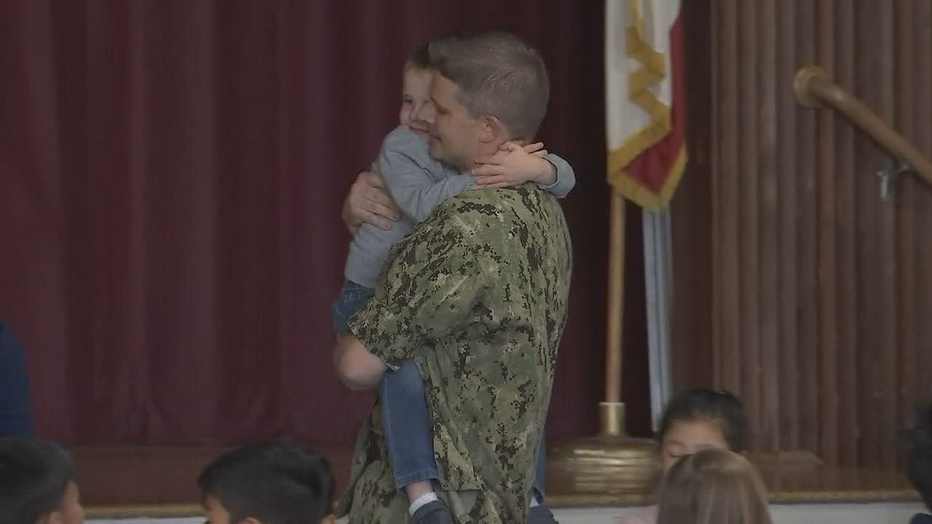 Navy Lt. Darren Nelson picked up one of his three sons at Murray Elementary School in Dublin. Feb. 20, 2020 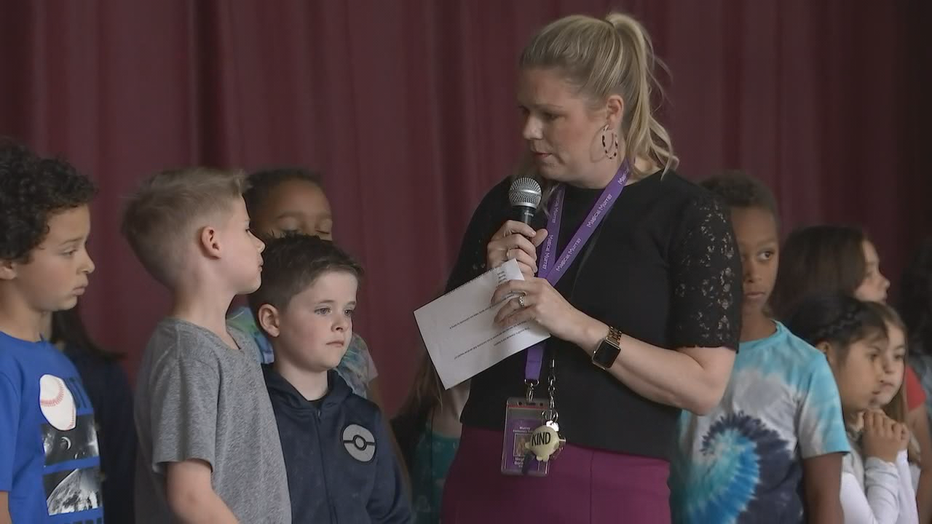 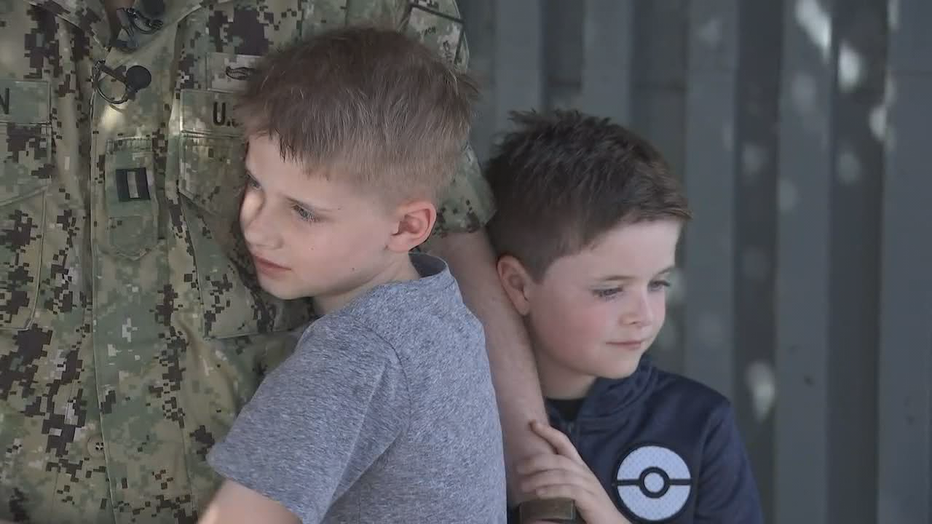 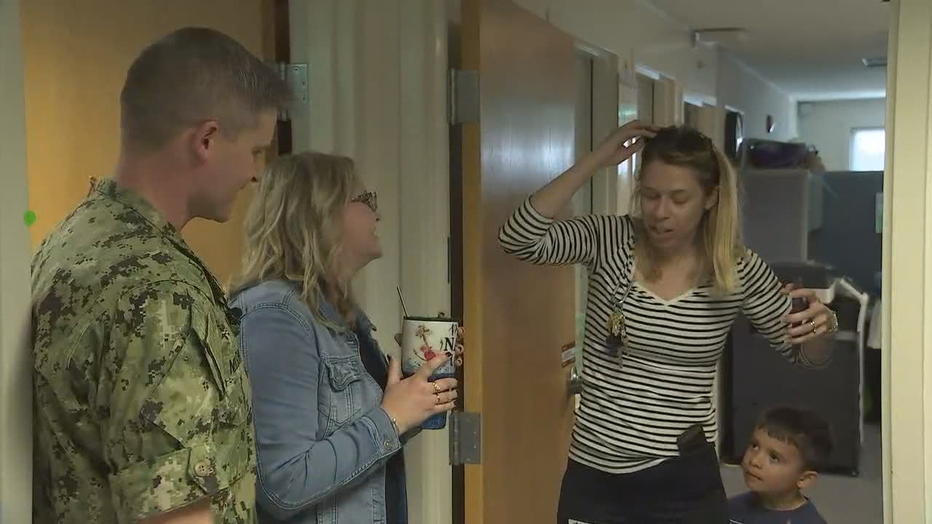 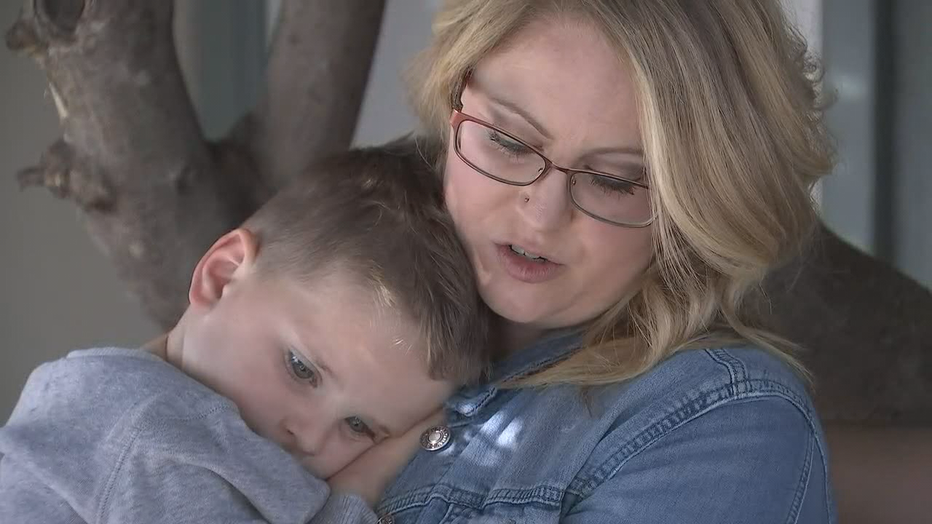