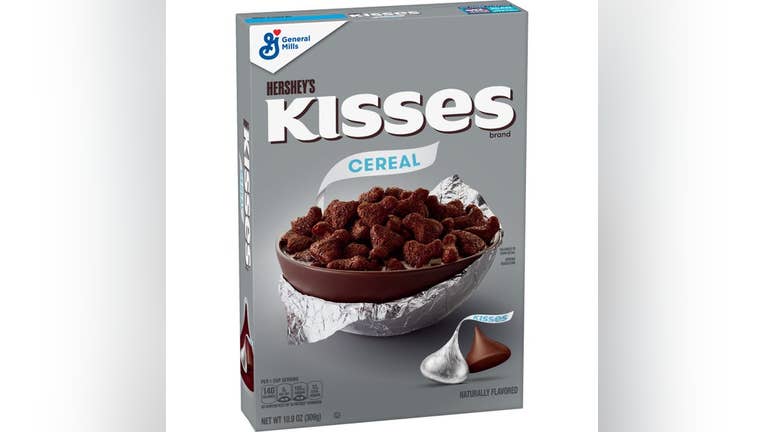 General Mills has released a new Hershey’s Kisses cereal. It is being sold in select retailers -- such as Walmart -- with plans to be released more widely in January, according to reports.

USA Today reports the chocolate candy cereal will cost $3.99 for a midsize box and $4.99 for a family-size box.

Today reports the following: According to a representative for General Mills, the cereal “has a nice light crunch and smooth chocolate flavor” that is “perfect to enjoy on its own or to add a sweet twist to breakfast!”