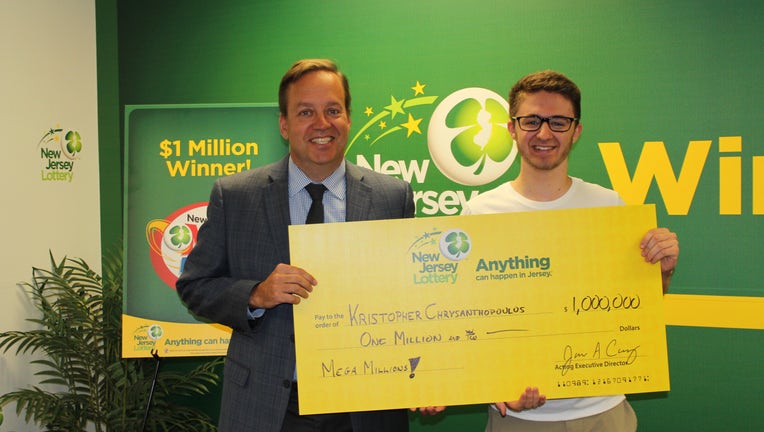 TRENTON, N.J. - A father-son talk about a summer job is on the backburner after a New Jersey college student won a $1 million lottery prize.

Kristopher Chrysanthopoulos' dad had invited him to lunch to talk to the 20-year-old about the need for a summer job. During the ride, he decided to check his May 28 Mega Millions tickets. That's when he looked at his father and said, "Dad, I've got five numbers!"

Dad thought maybe it was a prank so they stopped at the nearest lottery retailer to validate the ticket, which was worth $1 million.

The Rider University student says he would like to take his family on vacation and then put the rest of the money into savings.

As for the summer job? That's a work in progress.