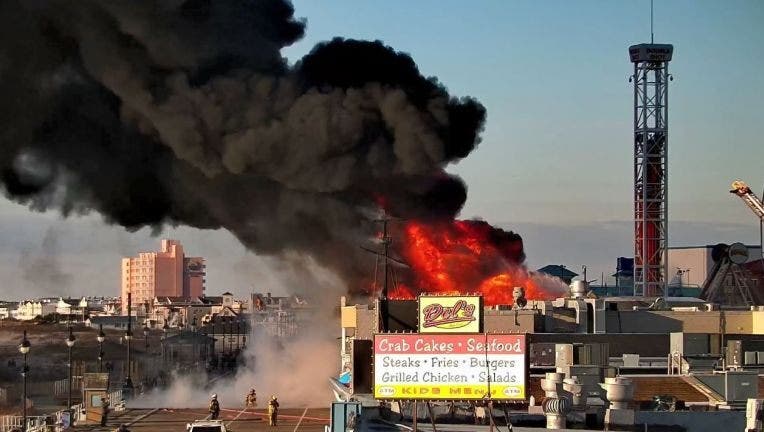 Investigators determined that the fire was accidental, saying it was caused by "an undetermined electrical source" near the front of a building that was destroyed.

A side entrance is being used while a temporary deck is built in place of the structure at the entrance that caught fire.

The Jan. 30 blaze broke out on a Saturday morning, sending smoke billowing across the skyline, and did extensive damage to a building housing the park’s arcade, offices, and two fast-food restaurants.

Police said the building was empty at the time and no fire-related injuries were reported.