NORTH WILDWOOD, N.J. - North Wildwood is hoping for a lifeboat from the federal government after its spent the last several years using taxpayer dollars to combat beach erosion.

Not long ago, the beach in North Wildwood was among the widest on the east coast. Residents can remember getting lost on the beach while searching for their families. Years later, the shrinking beach has required truckfuls of sand and maintenance to keep up with the erosion.

"If we had not installed the bulkheading and placed the sand in front of the bulkhead we most likely would have lost, not only some public streets, but a good possibility of losing private building," North Wildwood Mayor Patrick Rosenello said. 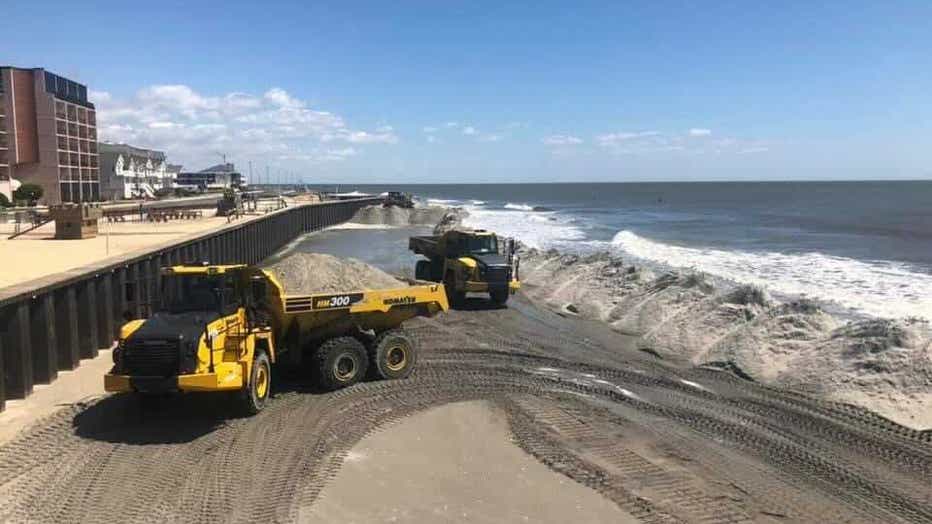 To preserve the beach, North Wildwood has paid $4M to bring in truckfuls of sand from neighboring Wildwood. For the past five years, the North Wildwood taxpayers have had to foot the bill.

Rosenello said North Wildwood is the only beach town in New Jersey not getting federal or state money for beach replenishment operations.

"We're kind of like the David and Goliath and unfortunately we're the David between two Goliaths," Rosenello said.

Beachgoers are glad to see more sand on the beach, but curious how long the city can keep expanding the shrinking shore.

"When we say what kind of house we have it's our beach house," Vince Carson said. "So to take the beach out of beach house, it's just not the same thing."