Just hours before the powerful storm is expected to hit the boardwalk-area, it was sunny as Shayla Singh celebrated his 14 birthday.

“He’s supposed to be on a baseball tourney this weekend - we’re hoping and praying it blows over so that we can play baseball this weekend,” Briana Singh said.

Friday is expected to have 2-4 inches of rainfall and severe wind gusts hitting various coastal towns. It is also anticipated to have strong rip currents through the weekend. 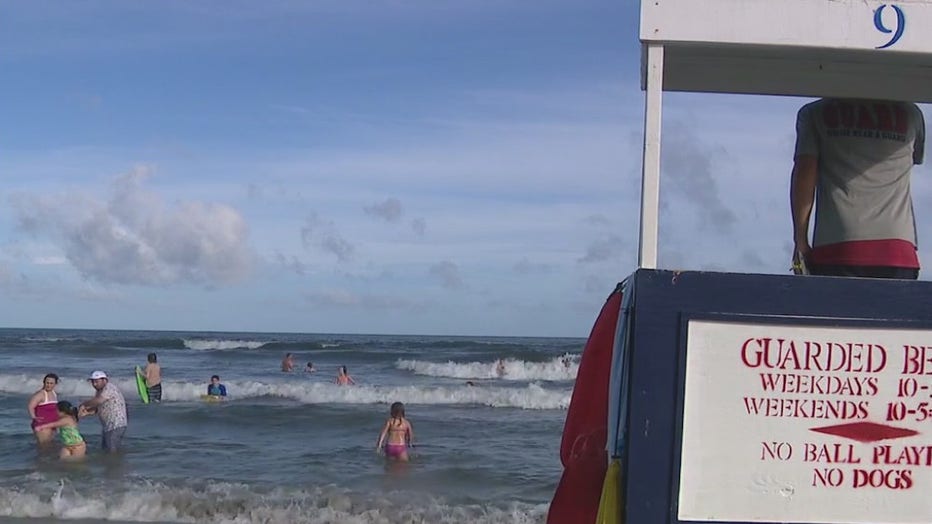 Beachgoers say that the tide was stronger today than other days this week, and it is soon expected to pick up in intensity bc of the storm.

“We try to stay closer to the lifeguards when talking about rip currents we’ve run into them before,” said Dawn Marshall of Ocean City, who, along with her son Aaron, plans to spend Friday indoors.

Restaurants are not likely to get much business during the storm, but Donny’s Family Restaurant on 8th street and Wesley Avenue says it’s still preparing for big sales with takeout and free delivery. Donny’s opened in May, and has already noticed a positive trend.

“I’d say even better on rainy days because no one wants to come out in rain and with the last storm, our deliveries were out of the roof,” said Shaylee Whisman, owner.

Higher waves are forecasted as the storm is presumed to hit between Thursday night and Friday morning.