FOX 29's Dave Kinchen has more from Bordentown, N.J. after residents have found stickers with offensive messages around the city.

BORDENTOWN, N.J. - Police in Bordentown, New Jersey are investigating after locals have reported finding stickers with offensive messages posted around the city.

One of the stickers says 'Feminism is cancer,' another reads 'Love your race.' 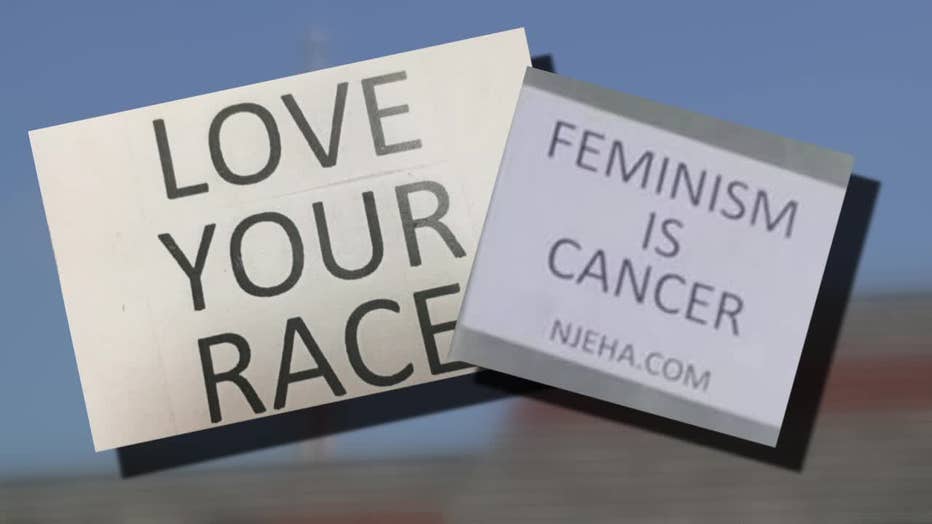 “With all the things happening you always feel like we’re in New Jersey and we’re not like that here, we’re safer here." Jacqueline Levan said. "But obviously you can’t escape it, it’s everywhere.”

The chief of Bordentown City police told FOX 29 that he has spoken to the United States Department of Homeland Security about the mysterious, hateful stickers.

In the meantime, Bordentown citizens are taking matters into their own hands.

"If someone sees one, tear it down, call the cops, make another report, and hopefully at some point we will catch someone doing this," Scott Reichek.