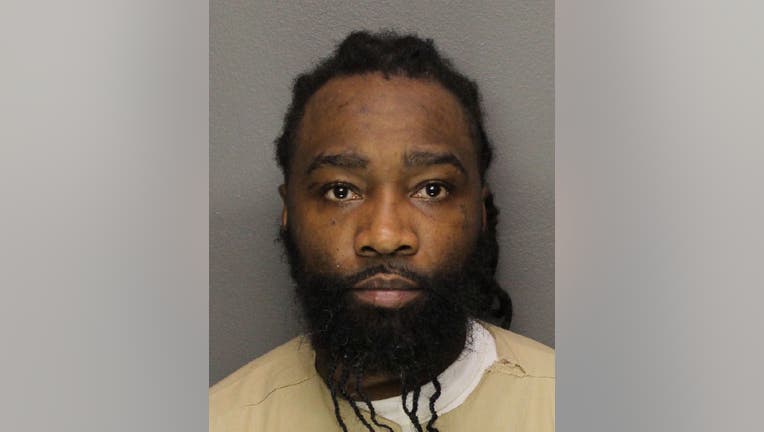 Lateef Dennis, 40, has been convicted of aggravated assault and spitting on a police officer.

NEWARK, N.J. - A Newark man has been convicted of aggravated assault and spitting on a police officer, prosecutors announced Friday.

Responding officers discovered 40-year-old Lateef Dennis repeatedly punching an unconscious man, later determined to be his uncle, in the face on the front lawn.

The victim was hospitalized for three days and had to have surgery after suffering a broken jaw, three broken ribs, a broken cheek bone and contusions all over his face.

After police handcuffed Dennis, he allegedly spit in an officer's face.

Dennis was convicted on March 18 for "cruelly beating a pit bull dog," according to prosecutors. The animal cruelty conviction stemmed from an incident that occurred in June 2016.

A neighbor reportedly discovered Dennis beating his 12-year-old dog, Diamond, on the 200 block of Renner Avenue in Newark. According to testimony at the trial, Dennis punched, kicked and stomped the dog. He was subsequently arrested.

He is currently serving an 18-month sentence for his animal cruelty conviction at New Jersey State Prison.

Dennis is slated to be sentenced for aggravated assault and spitting on a police officer on Oct. 7. He faces a maxium sentence of 10 years in state prison.