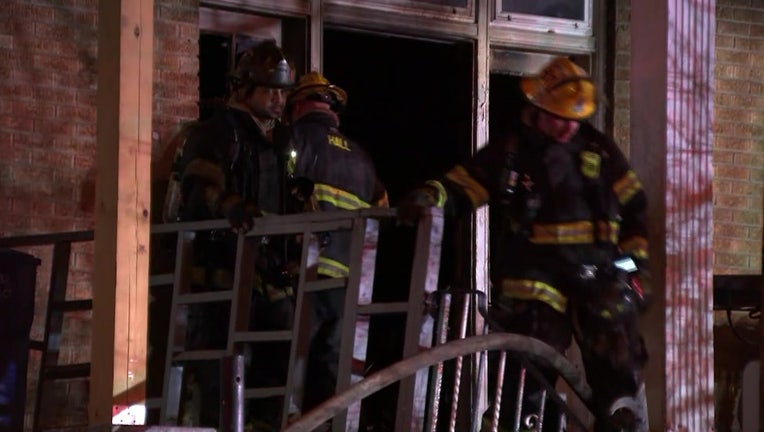 LOGAN - Fire officials say a person has died following a house fire early Wednesday morning in the Logan section of the city.

Firefighters arrived at a home on the 4800 block of North Hutchinson Street around 4:30 a.m. and pulled one person from the flames. It took crews less than an hour to get the fire under control.

The victim, who officials have not identified, was taken to Einstein Medical Center where they reportedly died.

Officials did not say what sparked the fire. No other injuries were reported.