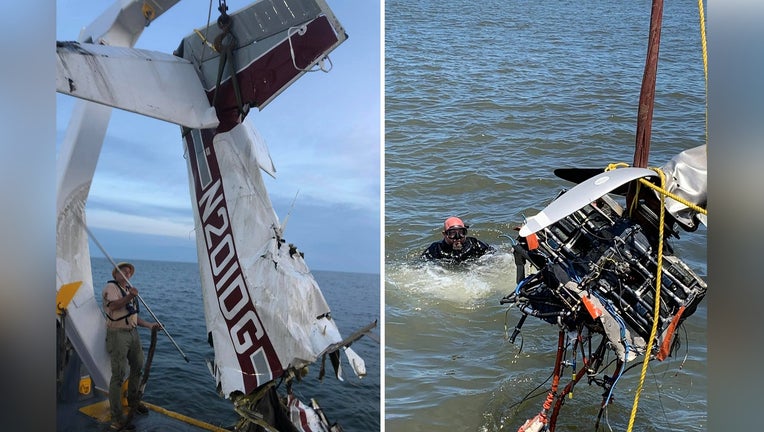 CAPE MAY, N.J. - Authorities have recovered the body of the Monmouth County pilot whose plane crashed off the coast of Cape May on Wednesday.

Lawrence Klimek, 58, of Howell, New Jersey, was behind the controls of the Mooney M20J single-engine plane when it crashed around 11:30 a.m.

Sea Tow Cape May confirmed Saturday that the pilot's body was recovered following an extensive search.

"Yesterday was a sad but very successful day for our crew [at] Sea Tow Cape May & Northstar Marine," the organization wrote in a Facebook post. "After an extensive search we were able to recover the plane and the pilot that crashed off of CM Point this week. Our thoughts and prayers are with the pilots family."

The plane was found via sonar submerged in 18 feet of water 1,200 feet from the Cape May Lighthouse.

The Federal Aviation Administration and New Jersey State Police are still investigating the cause of the crash.