"My grandmom's boyfriend murdered my father, and then a few years ago my daughter's father was murdered.” If anyone knows the pain and heartache that gun violence can do to a family it’s Sheni Glover that’s why she was stunned by the toy gun aisle at Dollar General.

Some parents say the toy guns, which are made for kids 5 years old and up don't look like toys at all. 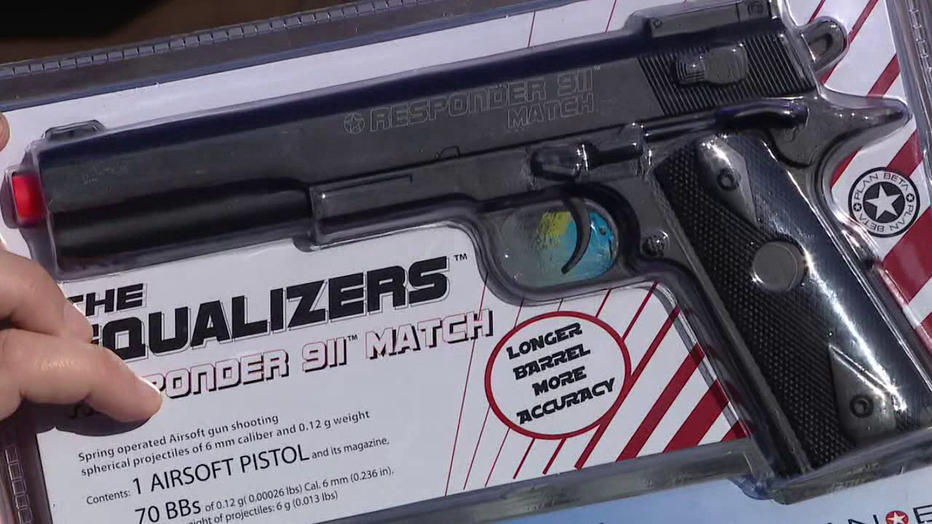 FOX 29's Chris O'Connell went to three Delaware County Dollar General stores and while he saw plenty of brightly-colored toy guns and water pistols he also saw several models of the 'Operation Storm Force' playset that resemble real semi-automatic weapons. One toy was even labeled 'assault' and complete with sounds of gunshots.

Dollar General tells FOX 29 all of their toys comply with federal laws. Under federal law, toy guns must have an orange cap at the tip of the barrel.