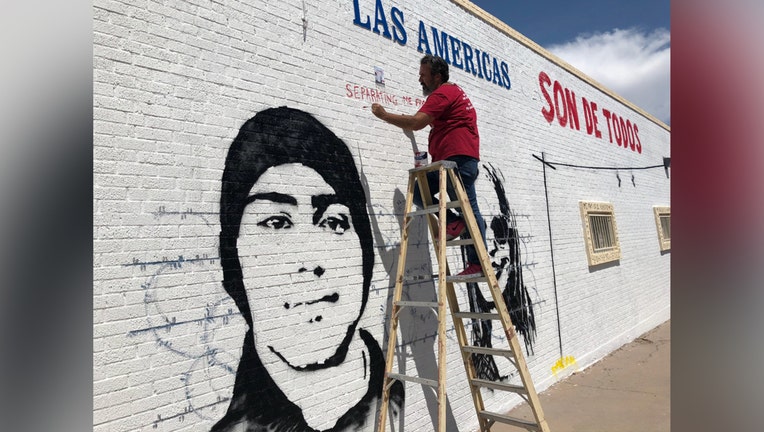 EL PASO, Texas - Manuel Oliver has traveled the U.S. vowing that his son won't be forgotten after he was killed in the mass school shooting in Parkland, Florida.

His planned trip to El Paso, Texas, this weekend to install public art to honor his late son's advocacy for humane treatment of immigrants coincided with a gunman's rampage at a crowded Walmart there that left 20 people dead.

Now his son's memory links both places in their shared tragedy. 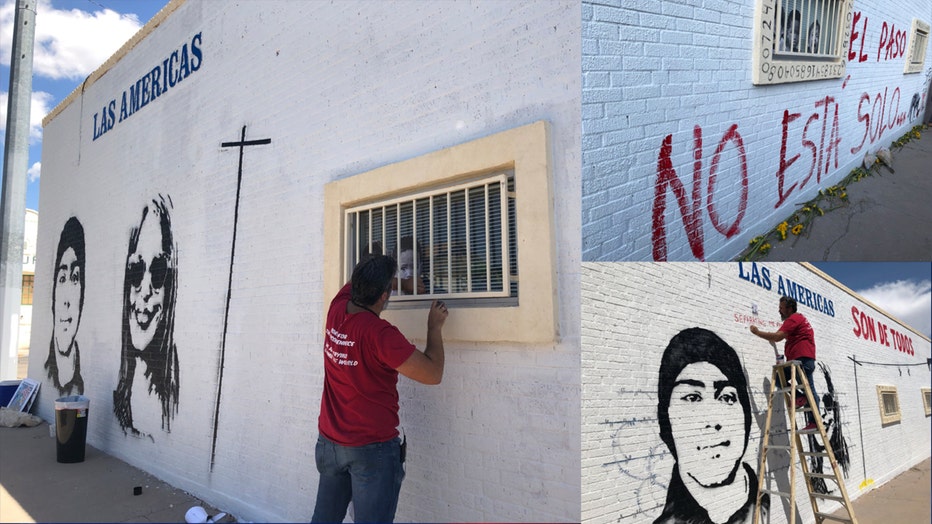 "It is a terrible coincidence," Oliver said Sunday as he brushed on a mixed media mural to the outside wall of Las Americas, a legal aid group that helps asylum-seekers across the Rio Grande in Ciudad Juarez, Mexico.

Manuel Oliver lost his son to the mass shooting in Parkland. He was in El Paso on Friday preparing to paint a mural in honor of his son when he found out about the Walmart shooting the next day.He made changes to the mural to help those who lost loved ones from the tragedy. pic.twitter.com/xoD1eC1Acd

The mural features images of crying children inside window bars to create the image of cells along with likenesses of his wife, Patricia, and their son, Joaquin, who would have turned 19 on Sunday.

But Oliver improvised after the shooting in the largely Latino city, blazoning a message of hope in Spanish: "El Paso no está solo," or "El Paso is not alone." 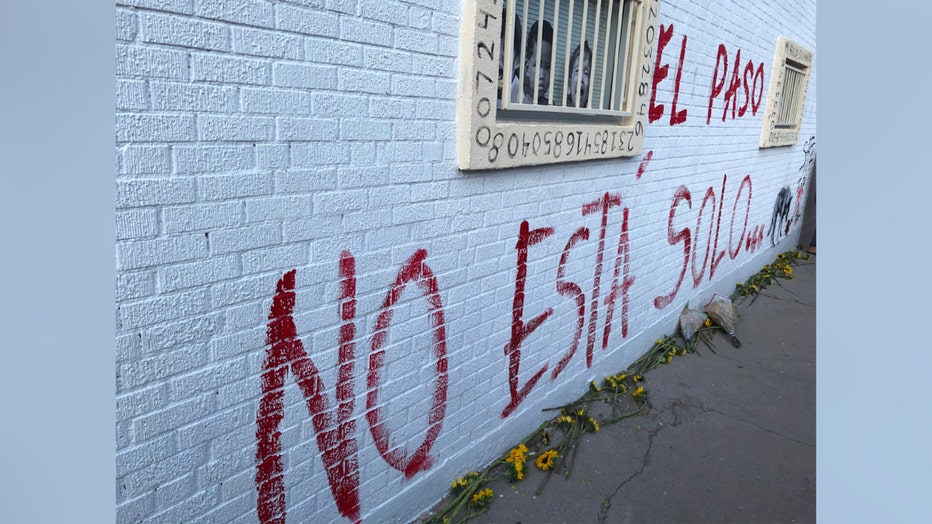 "I needed to add something for the shooting," Oliver said. "You have to support each other."

The mass shooting in the border city was one of two that shocked the U.S. in a matter of hours. Early Sunday, nine more people were slain by gunfire in a busy nightlife area in Dayton, Ohio.

Mexico felt the El Paso attack, as well, after the government there revealed six Mexican nationals were killed.

The Texas shooting is being investigated as a hate crime, authorities said, as they try to determine whether an anti-immigrant, racist screed posted online shortly beforehand was written by the man who was arrested. 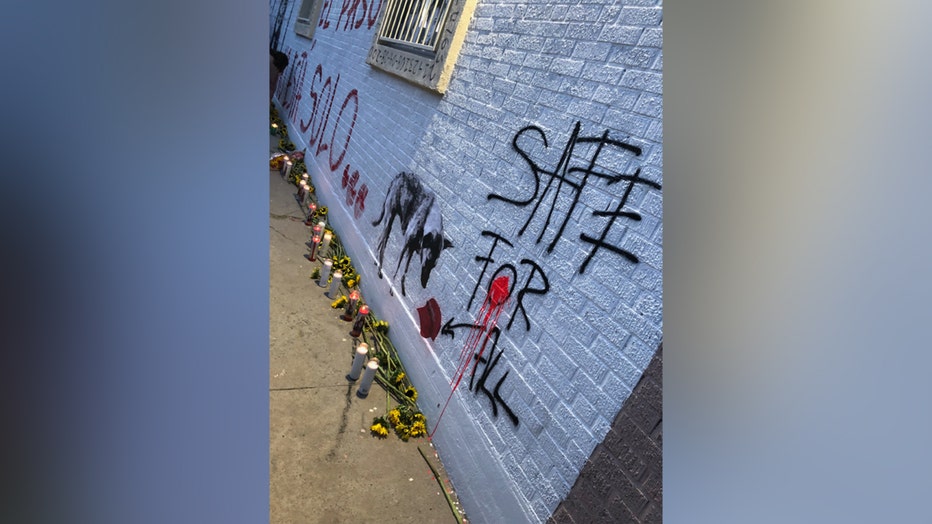 More than 400 people eventually showed up for an unveiling of Oliver's artwork Sunday evening after many of them marched to the Las Americas building after meeting with U.S. Rep. Veronica Escobar.

MORE: Texans band together across state to remember lives lost in shootings in El Paso, Dayton

Jennifer Galindo attended the unveiling, where former Texas congressman and Democratic presidential candidate Beto O'Rourke also spoke. The 37-year-old from El Paso said she went, in part, because she felt powerless. Afterward, there was optimism amid hurt.

"I think it's the connection that God has in terms of having these events happen, having the inspiration of somebody who already had something planned to be able to continue to help the community go forward," Galindo said.