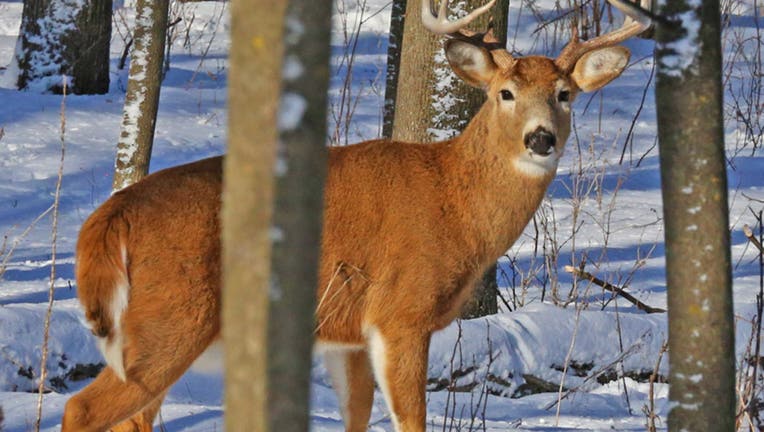 HARRISBURG, Pa. - The Pennsylvania Game Commission is investigating reports of a video showing an injured deer being abused.

The game commission said Sunday that they were made aware of the video after it circulated on social media.

They called the conduct portrayed in the video “reprehensible and potentially a violation of the law.”

The Pennsylvania Game Commission is aware of a video purporting to show individuals assaulting an injured deer. The conduct portrayed in the video is reprehensible and potentially a violation of the law.
Pennsylvania State Game Wardens are currently investigating the matter. If you have any information related to the video, we ask that you report it to the Operation Game Thief Hotline at 1-888–PGC-8001 or the Game Commission’s Northwest Region Dispatch Office at 814-432-3187.
Thank you for your help and for your concern for Pennsylvania wildlife.

FOX 43 reports the video shows two young men kicking the injured buck in the face after it had already appeared to have been shot. The video allegedly shows the individuals stepping on the buck’s legs and ripping off one of its antlers.

After making the rounds on social media, an online petition seeking felony charges against the two young men in the video was started. It received upwards of 200,000 signatures.

Rifle season started on Saturday in Pennsylvania for the first time in more than 50 years. Rifle season typically starts on the Monday after Thanksgiving, but was moved up to Saturday back in April.