The city is also ramping up the number of mass clinics to several around the city. Three for people getting the first dose and three clinics dedicated to those in need of a second dose.

Appearing at a state Senate hearing Thursday, industry representatives said the Health Department is directing less than 20% of the state’s weekly allotment to facilities that care for older adults, forcing many desperate residents to wait weeks or months for the vaccine.

Residents of long-term care facilities — along with health care workers — are supposed to be at the front of the line to get vaccinated, but the state projects it could be mid-April before that mission is complete.

Elder-care executives said that’s not good enough, noting that people who live in congregate care settings have borne the brunt of the coronavirus pandemic.

"We live in fear every day, because every day has the potential of being another outbreak. The vaccine is our hope," said Suzanne Owens, president and CEO of Peter Becker Community, a retirement community outside Philadelphia.

Across Pennsylvania, nearly 64,000 residents of nursing and personal care homes have contracted the virus to date. About 11,500 have died, representing more than 50% of the statewide toll, according to the Health Department.

Sen. John Yudichak of Luzerne County, an independent who caucuses with the GOP, complained that neighboring Ohio and New York have each vaccinated tens of thousands more long-term care residents than Pennsylvania, whose population is one of the oldest in the nation. 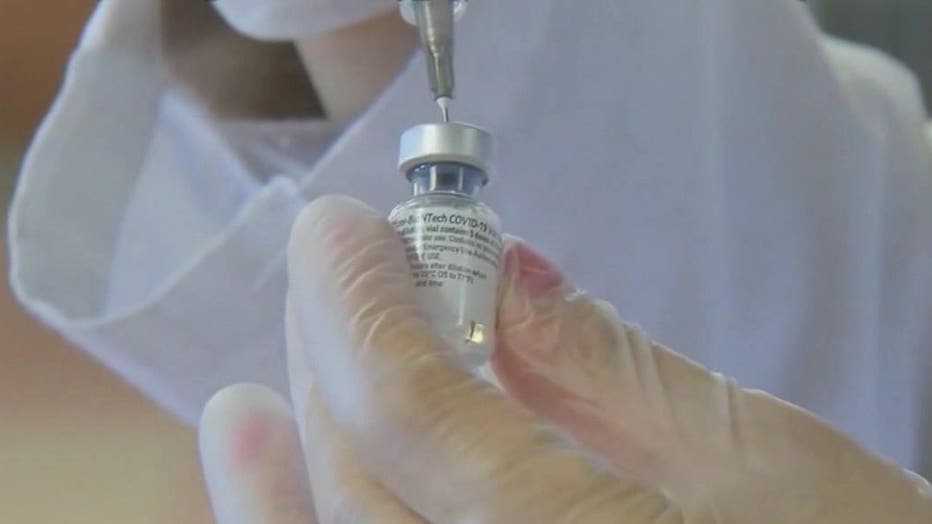 "The numbers here in Pennsylvania do not tell a good tale," he said.

Like nearly every other state, Pennsylvania relies on a federal government partnership with CVS and Walgreens to administer the vaccine at long-term care facilities.

Beam said the state is directing as many doses to the drugstore chains as they say they need, suggesting those companies are not devoting sufficient resources to the effort. She pledged to exert pressure on CVS and Walgreens to go faster.

"If they’re not going at the pace that Pennsylvania requires and really should rise to the challenge of, then we are the ones who can hold them ultimately accountable for that," Beam told senators.

She added the Health Department is meeting with the chains to "outline our expectations, our accountability, and make sure that they move as quickly as possible to deliver on that mission."

In a statement, CVS spokesperson Matt Blanchette said that "criticism that our long-term care vaccination program is slow or behind schedule in the state of Pennsylvania is misinformed and not accurate."

CVS has met targets agreed to by the state, completing 92% of second doses at nursing homes and 71% of first doses at assisted living and other long-term care facilities, Blanchette said.

He noted that Pennsylvania only began allowing CVS to start holding vaccine clinics at long-term care facilities on Jan. 18 — three weeks later than in other states.

The state’s vaccine plan says that nursing home residents should be vaccinated first, because they are the most medically fragile, followed by people living in personal care homes and other congregate care settings. The plan was based on guidance from the U.S. Centers for Disease Control and Prevention.

"Our entire community is basically made up of frail, older adults, and they all need to be the highest priority. And that’s not being done," she said.