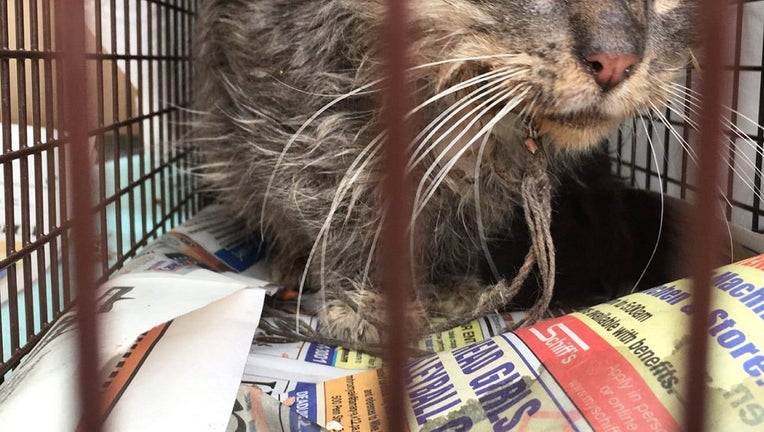 The Society for the Prevention of Cruelty to Animals says a stray cat was found April 8 in a vacant house with three fishhooks in their mouth. The cat was treated and survived. Two other cats were spotted with fishing line coming out of their mouths.

Officials say that a woman reported her neighbor a day earlier for allegedly holding a fishing pole on his second-floor porch, saying he was about to start "fishing for cats."

Two local rescues, Happy Hearts & Tails Safe Haven Animal Rescue and Whiskers World, have been working together to treat the affected cats, who were among more than a dozen reportedly abandoned in the vacant home after their owners were evicted. A GoFundMe has been set up on their behalf to help with the joint rescue effort.

Rowles remains jailed on 10% of $100,000 bail while awaiting a preliminary court hearing.