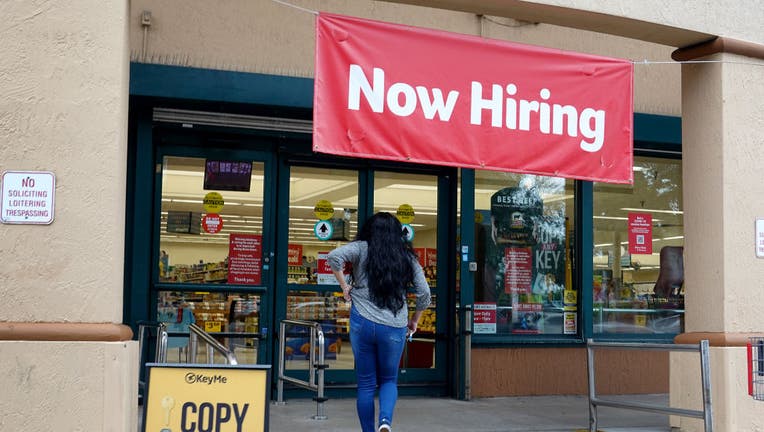 HALLANDALE, FLORIDA - SEPTEMBER 21: A Now Hiring sign hangs near the entrance to a Winn-Dixie Supermarket on September 21, 2021 in Hallandale, Florida. Government reports indicate that Initial jobless benefit claims rose 20,000 to 332,000 in the week

HARRISBURG, Pa. - Pennsylvania’s unemployment rate fell for the eighth month in a row in October, according to new state figures, as payrolls grew but the labor force shrank amid an ongoing struggle for employers struggle to find workers.

Pennsylvania’s unemployment rate dropped two-tenths of a percentage point to 6% from September’s rate, according to state Department of Labor and Industry figures released Friday.

The national rate was 4.6% in October, and Pennsylvania lags most other states, tied at 40th among 50.

In a survey of households, the labor force shrank for the fifth month in a row, dropping by 6,000 to farther below 6.3 million, although the number of employed grew. The state hit a record-high labor force of almost 6.6 million just before the pandemic hit.

In a separate survey of employers, payrolls in Pennsylvania grew in October by 19,000, to closer to 5.8 million.

Pennsylvania has regained about 70% of the 1.1 million jobs lost in the pandemic. It reached a record high for payrolls of 6.1 million just before the pandemic hit, according to state figures.

Unemployment rates were lower in 28 states in October, higher in none and the same in 22 states, the U.S. Bureau of Labor Statistics reported.