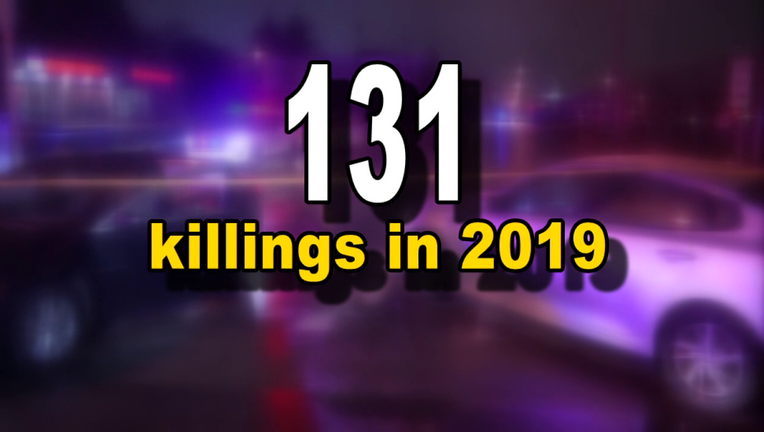 PHILADELPHIA - With summertime just ahead, Philadelphia's police commissioner says the department is bracing for the usual spike in violent crime. As the summer of 2019 kicks off, Philadelphia is already on a murderous trend: 131 killings this year-to-date, which is the most since 2012.

Philadelphia Police Commissioner Richard Ross says the numbers are far from record highs but it's concerning.

“It’s alarming and concerning just the same as it always is. These are real people, real families affected by this gun violence. All of it is senseless—not some of it— all of it.”

Philly police say nearly 90 percent of the city's murders are committed with firearms. So far this year, cops made more than 700 arrests for gun violations, which is up a whopping 35 percent from just last year.

Drugs are a factor in the vast majority of Philly killings but there are other reasons for the violence and bloodshed.

“Personal conflict remains a staple, unfortunately. Individuals who know each other and choose to resolve their conflicts using guns," Commissioner Ross explained.

The response from the city is boots on the ground.

Commissioner Ross says some of his officers will be shifted from desk duty to the streets this summer. Others will see their shifts extended up to three hours during the most dangerous time periods.

“So this will result in dozens and dozens of officers additional officers being deployed to the streets in an effort to stave off the gun violence,” Commissioner Ross said.