Pediatric patients from local children's hospitals are spending the night in the Phillies clubhouse for a sleepover. FOX 29's Jennifer Joyce has more.

PHILADELPHIA - More than a dozen pediatric patients from local children's hospitals are spending the night in the Phillies clubhouse for a sleepover.

Seven-year-old Alyssa Reed has had a tough year.  She’s battling leukemia. This joy, energy and excitement is instantly making her mom's heart swell

"She was feeling really sick on Wednesday and now she’s able to be here. She’s been counting down to the day for like ever," her mom, Ashley Reed, told FOX 29.

Alyssa and several other special children battling illnesses at CHOP and Nemours duPont hospitals exchanged a night in a hospital bed for a major league sleepover at Citizen's Bank Park. 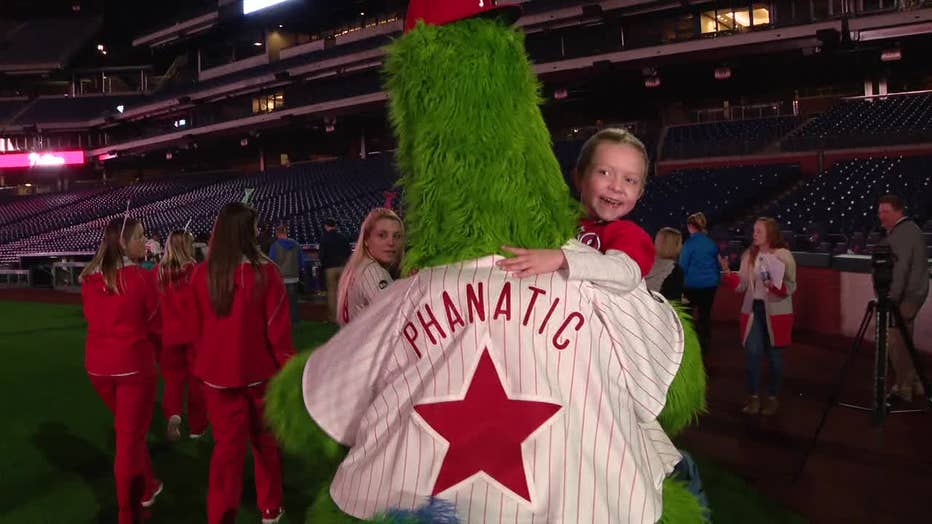 Pitcher Zach Eflin and his fiancée came out on the field to meet the children. Each child had a bed made up just for him or her, their nameplate was attached to their locker and there were so many fun gifts and surprises. The children even got a signed a contract to join the team for a day and their names were announced on the field after they participated in a press conference.