FOX 29's Steve Keeley has more as authorities continue to investigate a shooting in Frankford that left one man dead and 6 others wounded.

FRANKFORD - Philadelphia police are investigating following a shooting that left one man dead and six wounded in Frankford.

It happened on the 4900 block of Frankford Avenue around 8 p.m. Thursday.

According to police, a 29-year-old man was shot once in the back of the head. He was taken to the hospital where he was pronounced dead. 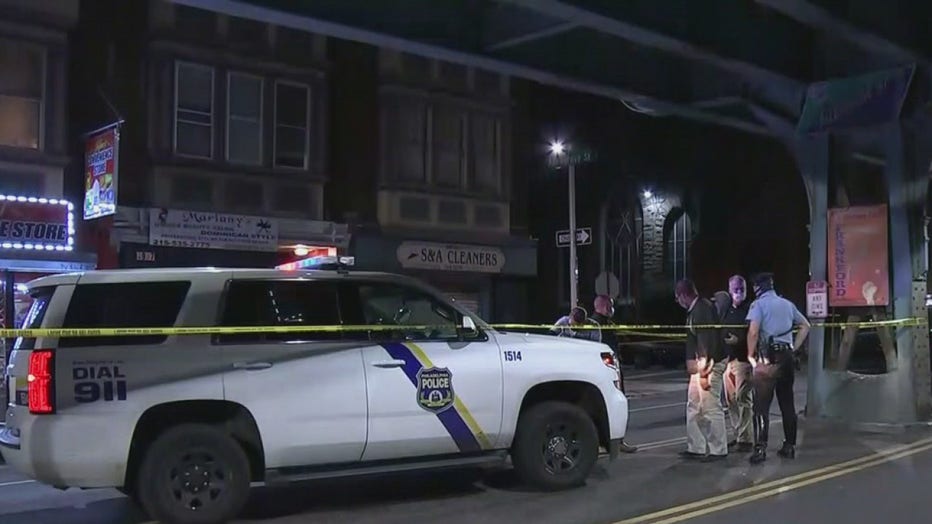 A 25-year-old and 28-year-old were taken to Jefferson Frankford Hospital in extremely critical condition.

Police believe there were two shooters but it's unclear if the shooters were together or if one person fired shots in retaliation of the initial shots. Investigators found more than 30 shell casings on the scene.

"I wish I could tell you that we have an answer. The only answer I have is that the Philadelphia Police Department and the District Attorney's Office and all other law enforcement have to be on the same page and have to work together to see what we can do in this terrible crisis," Philadelphia District Attorney Larry Krasner said.

So far, no arrests have been made. The investigation is ongoing.

To find resources for victims of violence in Philadelphia, click here.

Philadelphia reports more than 360 homicides so far this year