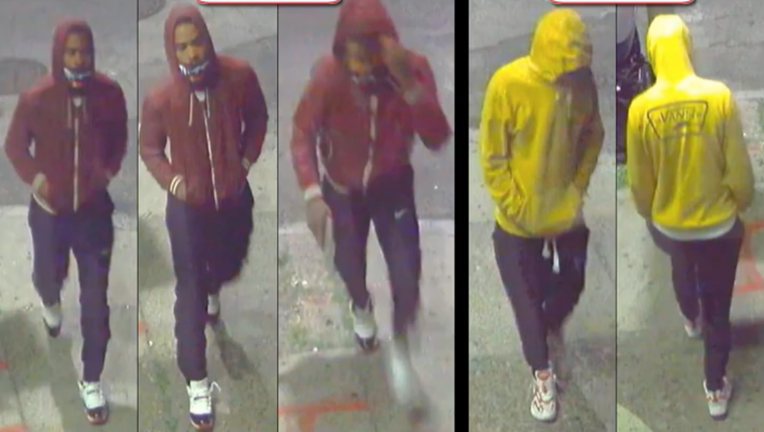 FAIRHILL - Philadelphia police are searching for a pair of suspects wanted in connection to the shooting death of a 19-year-old man in North Philadelphia in early July.

Authorities say the incident happened during the early morning hours of July 1 on the 3000 block of North Front Street.

The victim, who police have not released the identity of, was reportedly approached by an unknown man who attempted to rob him. During the alleged mugging, police say the victim was shot once in the stomach.

Officers responded to the scene and transported the victim to Temple University Hospital where he later died.

Authorities on Friday released surveillance footage of two men believed to be connected to the fatal shooting.

Police say one suspect is a Black man who was armed with a silver handgun around the time of the shooting. He was wearing a burgundy zip-up hoodie, black Nike pants, and light-colored athletic shoes.

The second suspect is reportedly a thin Black man who was wearing a yellow Vans hoodie, dark pants with drawstrings, and white athletic shoes.

Police are offering a $20,000 reward for information leading to the arrest and conviction of the suspects.