A FedEx delivery driver is in the hospital and a man is in police custody following a shooting in Philadelphia's Queen Village neighborhood. FOX 29's Kelly Rule has the latest.

QUEEN VILLAGE - A FedEx delivery driver is in the hospital and a man is in police custody following a shooting in Philadelphia's Queen Village neighborhood.

The incident occurred just before noon near the 800 block of South 3rd Street.

Police say the driver, a man believed to be in his 30s, was shot once in the chest and once in the left leg. 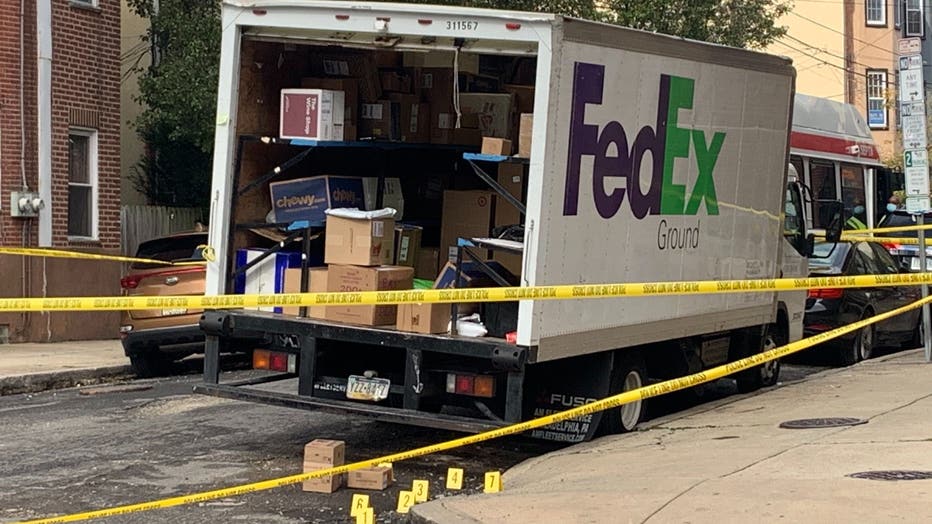 The rear door of a FedEx truck remains open after police say a delivery driver was shot multiple times in Queen Village.

The driver was taken to Jefferson Hospital by responding officers and is listed in critical condition.

One person was taken into custody, but police say no weapon has been recovered. A source close to the investigation tell FOX 29's Kelly Rule that the driver was targeted.