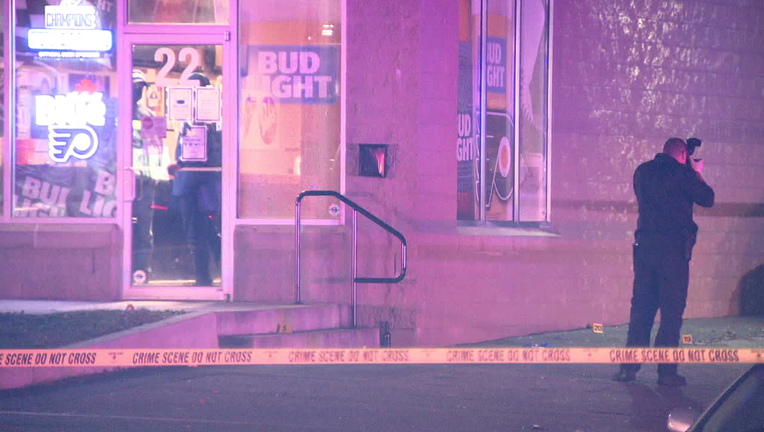 New Castle County Police said one man is dead and at least one other is wounded following a shooting early Saturday night.

NEWARK, Del. - Authorities are investigating a shooting at a New Castle County shopping center that left one man dead and another man wounded.

Officers from the New Castle County Division of Police responded to the Shoppes of Village Square just before 1 a.m. Saturday for reports of a shooting.

Officers found a man, later identified as 26-year-old Melvin Collins, fatally shot outside Bob's Famous Tavern. Another shooting victim was taken to a nearby hospital in stable condition.

Investigators are trying to determine a motive for the gun violence. Police have not announced any arrests at this time.

Anyone with information regarding the incident is asked to contact Detective Michael McNasby at (302) 395-8110 or Michael.McNasby@newcastlede.gov.