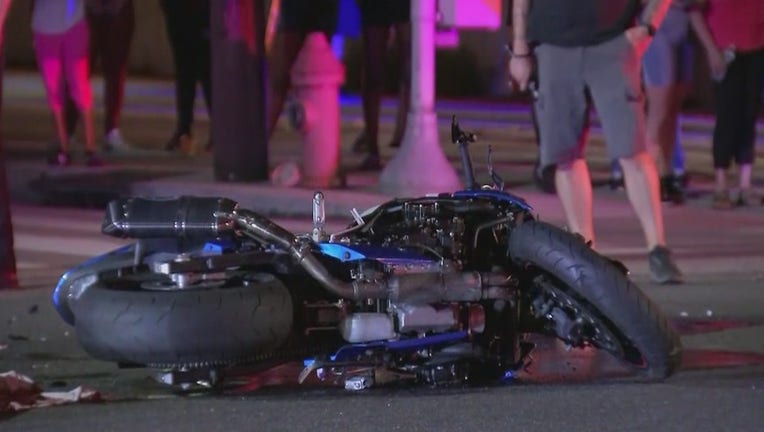 PHILADELPHIA - Authorities have identified a Philadelphia man who was killed in a motorcycle accident Thursday night in Oxford Circle.

As his motorcycle entered the intersection of Castor Avenue and Comly Street, it made contact with a Honda that was turning left, police say. Toledo-Vega was pronounced dead at the scene.

The Honda occupants were not injured. Police said they are continuing to investigate the cause of the accident.