CENTER CITY - Philadelphia Police are investigating after they say someone spray-painted swastikas on the American Red Cross building in Center City. The four pillars in front of the building are now patched up.

The American Red Cross tells Fox 29 they discovered the anti-semitic graffiti Sunday morning in front of their office at 23rd and Chestnut Street and believe it happened overnight. So far, no arrests have been made.

“We need to come together and we need to stay up and say, we are better than this,” Regional Director of the Anti Defamation League in Philadelphia Shira Goodman said. “We’ve seen this kind of vandalism, it is cowardly.”

In a statement, the American Red Cross said they were "both saddened and disappointed" to discover the graffiti. 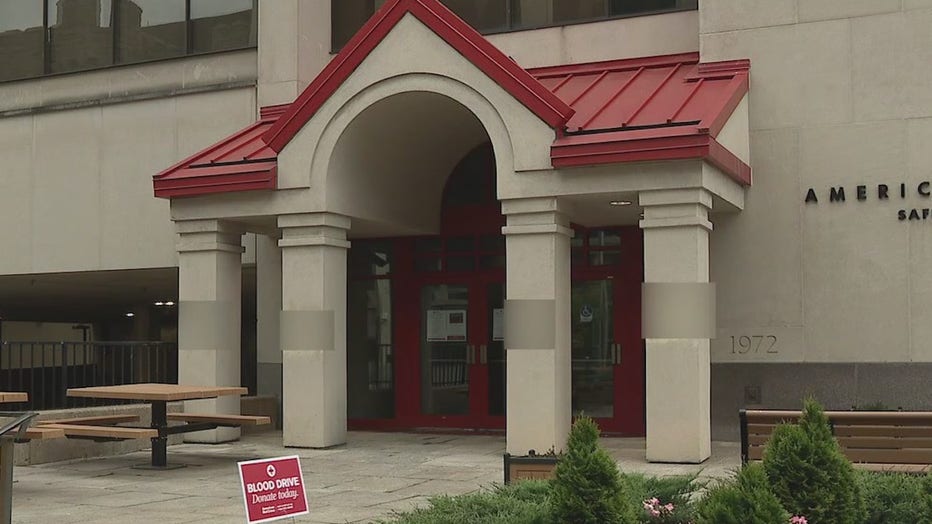 "The graffiti was extremely insensitive and does not reflect the open and inclusive values and Fundamental Principles of the American Red Cross," the statement read.

Police say they believe the same vandal also hit a nearby construction site.

“To target the American Red Cross which is an organization that is always willing to help people, to help in disasters, to make sure we have a blood supply, it’s just very disheartening,” Goodman said.

In a video on their Facebook page, the ADL reports anti-semitic incidents in 2019 were at an all-time high and there were 109 acts of hate reported in our area.

Now Goodman hopes for an arrest, but also wants to make neighbors aware.

“You need to let us know that it’s happening because if it’s the same person that might raise the level of crime and the community needs to know so people can stand up and be good allies in the fight against hate," Goodman said.

To report an anti-semitic incident or seek help from the ADL, visit their website, and contact local law enforcement.