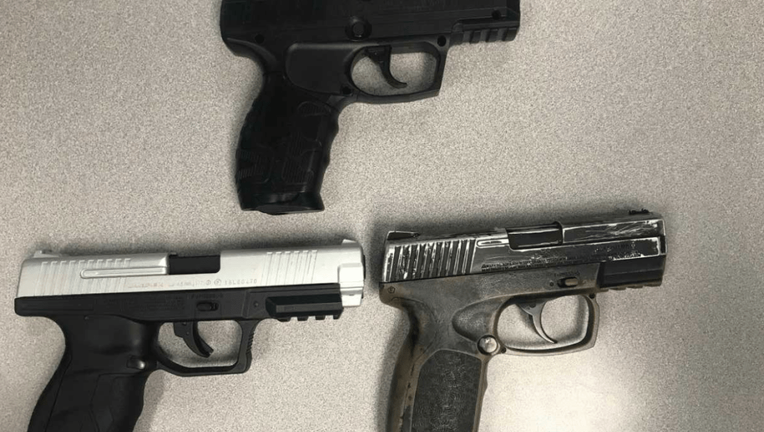 Police say the four juveniles rode past police on their bicycles when a 13-year-old started shooting at police vehicles.

DOVER, Del. - Police in Delaware say four young people have been arrested after one of them fired a BB gun multiple times at police vehicles.

The Dover Police Department said it arrested four juveniles Saturday afternoon. Police said the four rode past police on their bicycles at the Dover Mall when a 13-year-old started shooting at police vehicles. The shooting caused minor damage.

The four young people fled before police caught them. Police said they recovered three BB guns from the four suspects, who range in age between 12 and 14. They each face several charges, including resisting arrest and disorderly conduct.