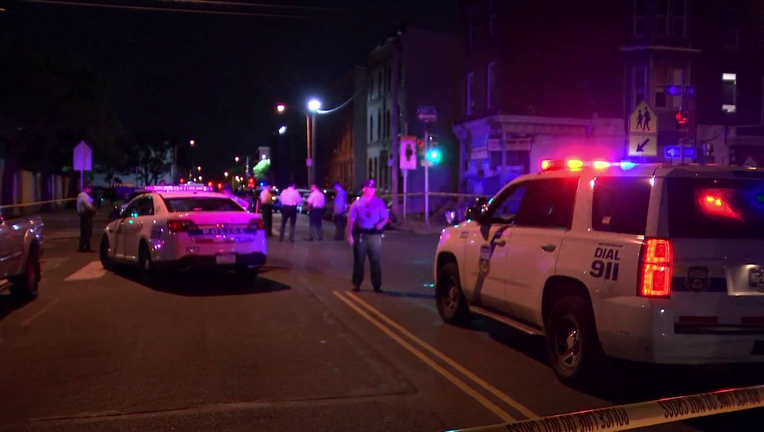 NORTH PHILADELPHIA - Police say a man was killed and a woman was wounded in a shooting on the 1600 block of Diamond Street in North Philadelphia.

The shooting happened a block away from Temple University's campus around 9 p.m. Thursday.

According to police, someone fired more than 20 shots from a semi-automatic weapon. A 24-year-old man was shot multiple times and a 25-year-old woman was shot twice in the stomach.

The woman was rushed to Temple University Hospital where she is in critical condition.