WEST NORRITON (FOX 29) - A Montgomery County 7-Eleven was the target of three separate robberies within a week, police say.

The convenience store, located on the 1500 block of West Main Street, was robbed again shortly before 1 a.m. Thursday morning.

Deputies say the suspect approached a woman employee filling coffee pots and jabbed an object into her back, causing her to believe it was a gun.

According to authorities, the suspect stole several packs of Newport cigarettes and money from the register. The suspect fled the store through the back entrance and continued eastbound. 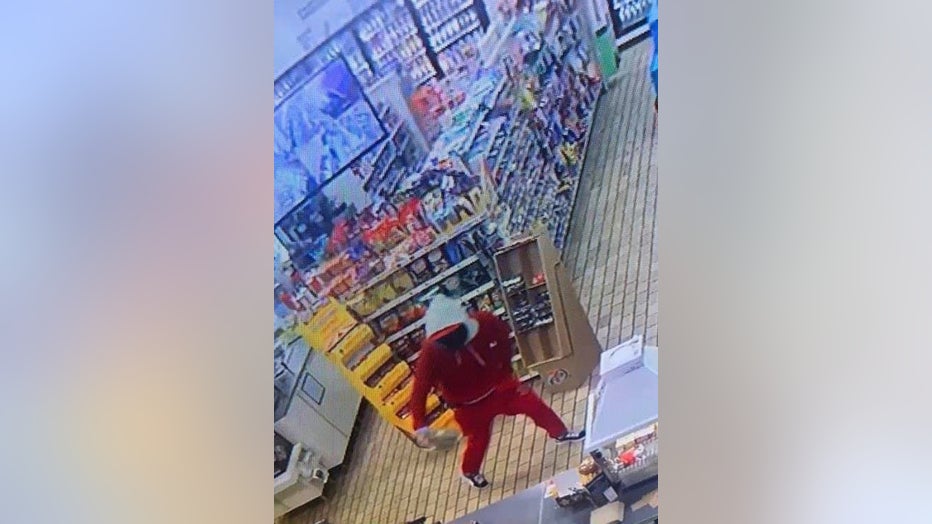 Police noted that all three robberies follow a similar strategy, which leads detectives to believe the same robber is behind all three thefts.

Police describe the suspect as a black man. At the time of the robbery, he was wearing a red sweatshirt over a gray hoodie, red pants, a red baseball cap, black and white PUMA shoes and a black mask.

Video shows the alleged robber was wearing a latex glove on his right hand and keeping the left hand in his pocket. Officers say this was also done in the previous two robberies.

Anyone with information on any of the 7-Eleven robberies or the suspects whereabouts can contact authorities at 601-630-1701.