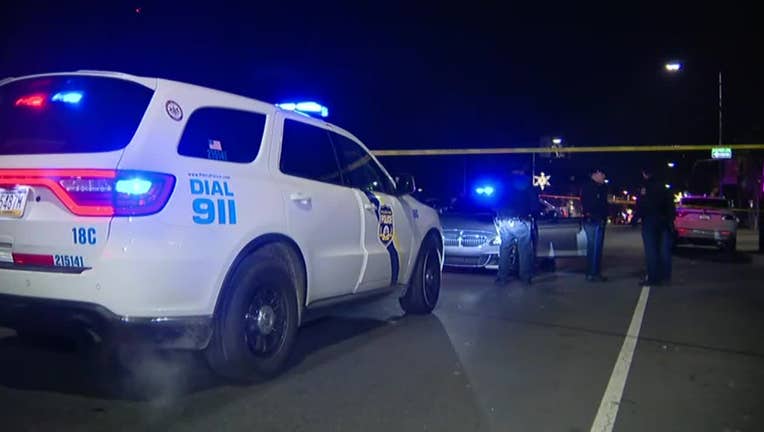 PHILADELPHIA - The Philadelphia Police Department is investigating a shooting that left one man injured in West Philadelphia on Tuesday night.

According to authorities, the driver of a BMW sedan flagged down police on patrol in the area of 52nd and Vine just before 10 p.m.

Police say the driver, a 41-year-old man, told police he was shot and they transported him to Presbyterian Hospital.

Chief Inspector Scott Small says a crime scene was discovered about a mile away in the area of 56th and Thomas.

The victim was shot twice in the legs and placed in stable condition, per police.

Authorities say 15 shell casings were discovered at the scene and the victim's vehicle was shot at least 12 times on the driver's side door and in the windshield.

No additional information was released by police.