Police on Temple University's beleaguered North Philadelphia campus are searching for someone who they say shot a student with a BB gun Monday night.

PHILADELPHIA - Police on Temple University's beleaguered North Philadelphia campus are searching for someone who they say shot a student with a BB gun Monday night.

The department said the student ‘sustained minor injuries’ after being shot near the intersection of 10th Street and Montgomery Avenue.

They shared a picture of the suspect's car, which appears to be a light-colored four-door sedan with a distinctive dark side panel near the front passenger's side.

"We pay all this money, and then you have to look over your shoulder. Why, why? Just leave us alone, please," Alexis Alexander, a Temple junior said.

The incident happened on the same night Temple University held a students-only townhall meeting on campus safety, which left many attendees who spoke to FOX 29 underwhelmed.

"I wish they would have spoken more about the patrol zone because most of these crimes that are targeting students are right on the perimeter of the patrol zone," Sophie Marcotte said. 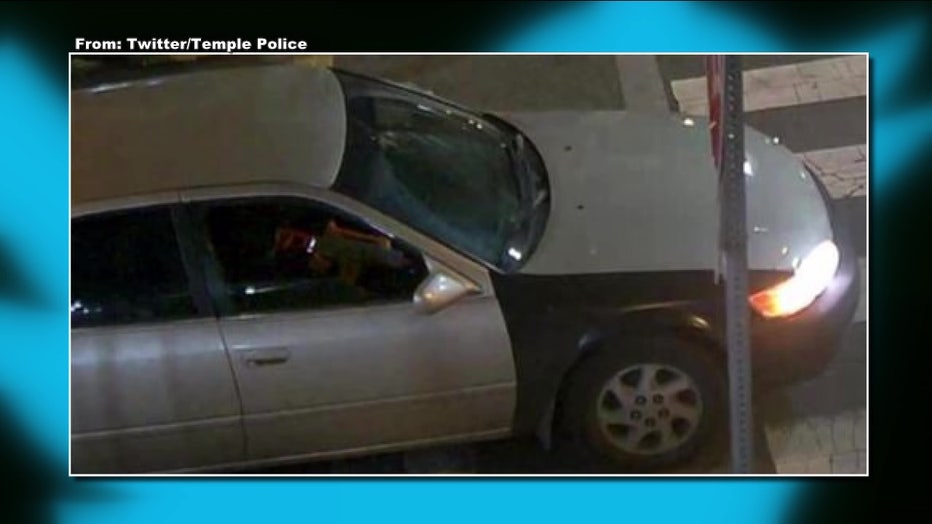 A Temple student was punched during a suspected attempted carjacking over the weekend that happened just outside the school's patrol zone, underscoring the student's fear.

"It's really scary to deal with," Danny Clancy, a sophomore, said. "I talk to my friends at other schools, and they don't have to deal with this."