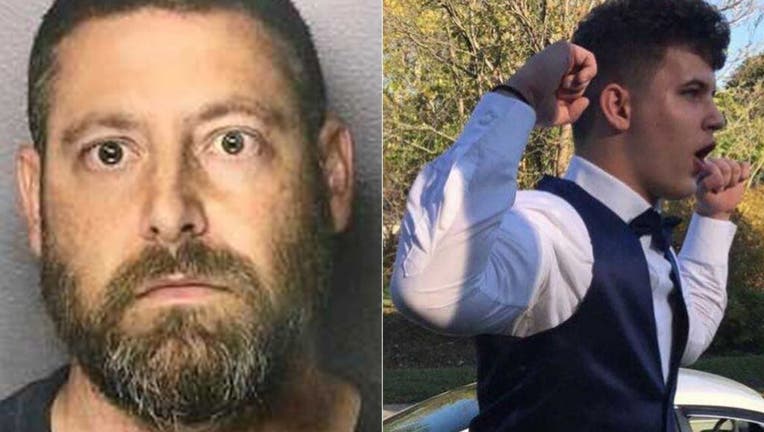 Left to right: Michael D'Biagio, 41, is accused of gunning down his daughter's boyfriend, Darren Jevcak, 17, after suspecting him of being her drug dealer. (New Castle Police Department/Facebook)

NEW CASTLE, Pa. - Authorities say a Pennsylvania father fatally shot his teenage daughter's boyfriend because he believed he had gotten her "hooked on drugs."

New Castle Police say Michael D'Biagio is charged with homicide and aggravated assault in the death of 17-year-old Darren Jevcak on Friday. It's not known if the 41-year-old Beaver Falls man has retained an attorney.

Authorities say D'Biagio shot Jevcak several times outside a pizza shop where Jevcak worked as a delivery driver. They say he told witnesses that Jevcak had gotten his daughter hooked on cocaine and "this is what drug dealers get."

New Castle police Chief Robert Salem has said there's no evidence of Jevcak or D'Biagio's daughter involved in drugs besides smoking marijuana at a party.