Beachgoers&nbsp;watched in disbelief after police say a father threw his 5-year-old son into the Atlantic Ocean and walked off, leaving the struggling child behind.

DAYTONA BEACH, Fla. - Beachgoers watched in disbelief after police say a father threw his 5-year-old son into the Atlantic Ocean and walked off, leaving the struggling child behind.

According to the arrest report, the child was crying as beachgoers dried him off and called police. They said John Bloodsworth, 37, told them that he was just trying to teach the child how to swim.

Right before police arrived, witnesses said the father and son went on top of the Daytona Beach Pier, where the father decided to take a leap.

"As soon as he jumped off, I came here to watch the kid to make sure he didn’t do nothing," said Nate Poole. "It was quick, so I just had to watch him."

"It’s terrible. Who would do that? It just doesn’t make any sense," said Lori Seal.

According to the report, Bloodsworth told police, “He was going to jail for being awesome. And would bring his daughter next time to jump.” 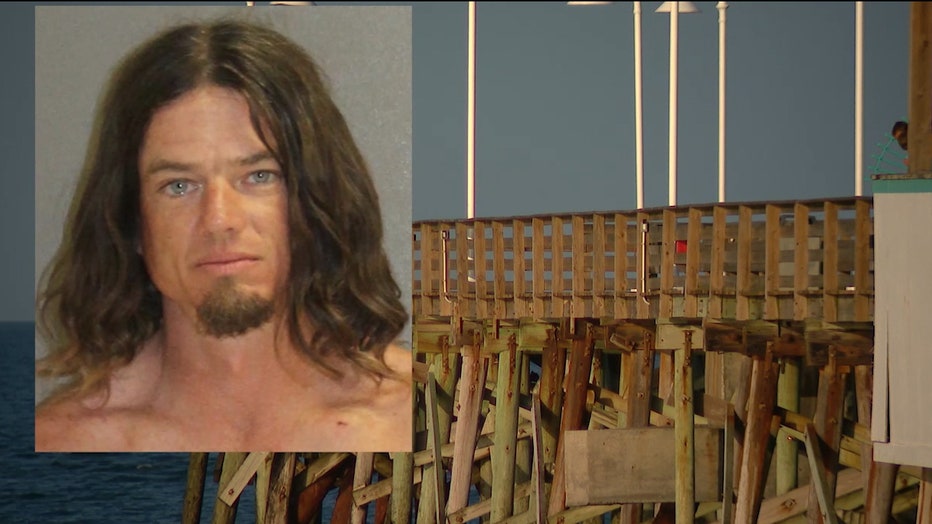 Poole said the child seemed to be ok, as he watched over him.

"He was laughing. He even thought it was cool to see his dad jump off. I wasn’t going to let him jump off."

Police said the child didn't show any signs of injuries. They released him to his mother.  Bloodsworth bonded out of jail late Tuesday evening.