Philadelphia police have released surveillance video of a suspect they say was wounded during a shootout that left three other men in critical condition over the weekend.

WEST PHILADELPHIA - Philadelphia police have released surveillance video of a suspect they say may have been wounded during a shootout that left three other men in critical condition over the weekend.

The shooting happened around 2:20 p.m. Sunday on the 5200 block of Kershaw Street.

Surveillance video shows the victim’s sitting inside a white Chevrolet sedan when a suspect approached the driver side of the vehicle from the sidewalk.

The suspect walks up to the driver side window and fires several shots into the car, striking three men inside. One of the victims is able to get out of the passenger side and begins running down the street.

Video shows the fleeing victim then produces a weapon of his own and appears to return fire.

Police say the suspect may be suffering from a gunshot wound to the leg as he is later seen limping later in the video when he briefly entered a nearby store on the 1400 block of North 52nd Street. 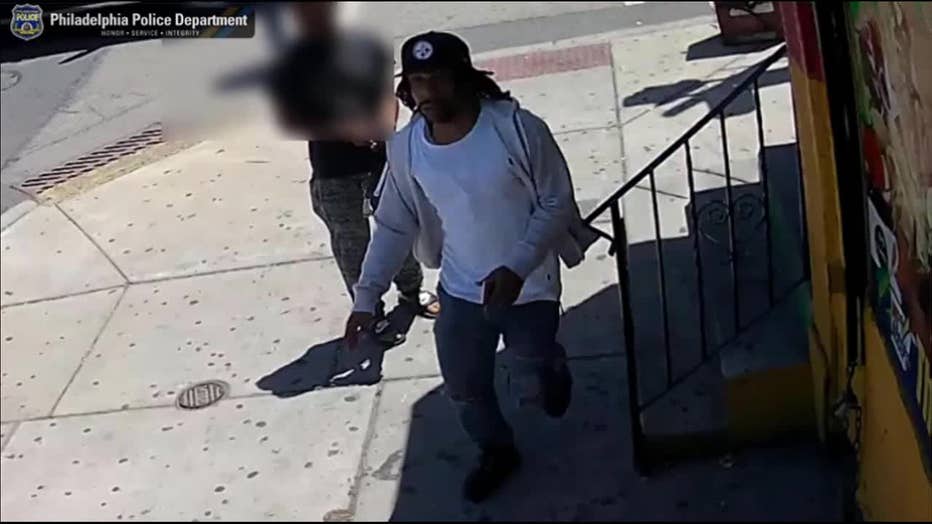 Police arrived on scene to find three men suffering from gunshot wounds. They were taken to nearby hospitals where they were listed in critical condition.

The suspect has been described by police as a black male with medium length dreadlocks and a thin beard.

Anyone with information about the suspect or the incident is asked to contact Philadelphia police.