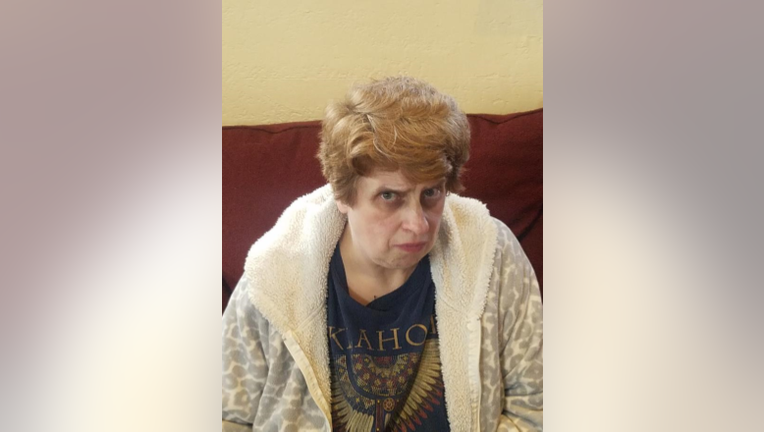 Police say Margorie Tessarvich, 58, has not been seen since Monday.

North Wales, Pa. - Police in Montgomery County are searching for a missing 58-year-old woman with disabilities.

According to police, Tessarvich frequently rides SEPTA rails and has previously been found at Doylestown Hospital and University of Pennsylvania Hospital.

Tessarvich may give the alias 'Victoria Wonder,' police say.

Anyone with information of Tessarvich's whereabouts can contact investigators at 215-699-9270.