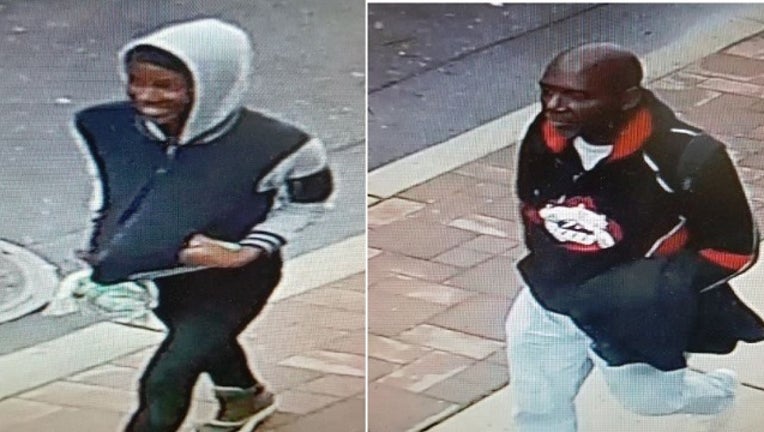 PENNSAUKEN, N.J. - Authorities are asking for the public's help in identifying two men who may have information on a home invasion robbery that left an 89-year-old woman injured in Pennsauken, New Jersey.

Police say the incident happened on July 23 shortly after 1:30 a.m. on the 4100 block of Frostoffer Avenue.

According to police, when officers arrived they heard a woman screaming from inside the home. When they entered, they located the injured 89-year-old woman on the floor.

The woman, whose identity is not being released, was transported to a nearby hospital for treatment. Investigators say the victim's vehicle that was taken in the robbery was later located.

Authorities advise the public not to approach the two men.

The investigation is ongoing. So far, no arrests have been made at this time.

If you have information that may lead to the identity or location of individuals, please contact Camden County Prosecutor's Office Detective Jeremy Jankowski at (856) 580-5950 or Pennsauken Police Detective McCausland at (856) 488-0080 ext. 2409.