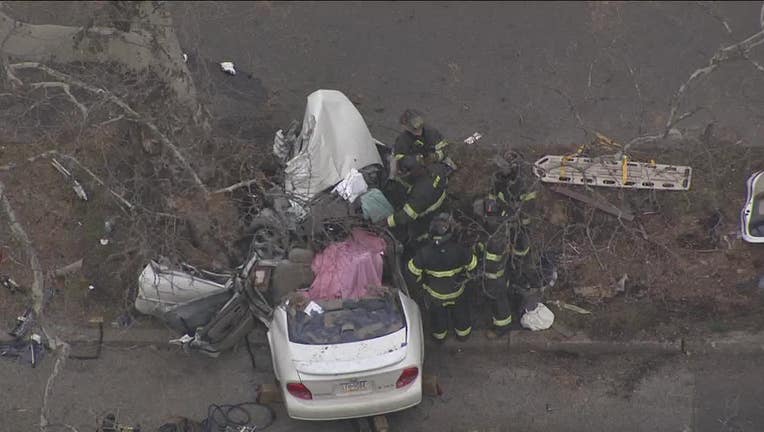 WEST PHILADELPHIA - Authorities say a woman has died and two children were hospitalized after a car crashed into a tree Friday morning in West Philadelphia.

Police say the crash happened on near 34th Street and Girard Avenue around 10:20 a.m.

A 24-year-old man was reportedly driving a white Nissan Maxima when he crashed into a tree. He was transported to Penn Presbyterian Medical Center and his condition is currently unknown.

Police say a unidentified woman was pronounced dead at the scene by medics. A 1-month-old and a 6-year-old are reportedly being treated at CHOP. The children's condition is unknown at this time.

No word on what caused the crash.